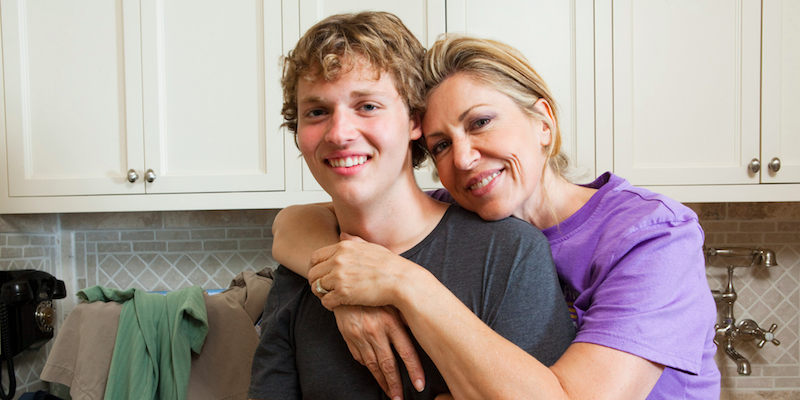 COLLEGETOWN- Worried sick that her sweet son and his new friends wouldn’t be allowed into any Halloween ragers, Pam Byrnes drove to Cornell this morning, bringing with her the sluttiest costume she could find and a printed WikiHow article titled “How to Act at College Parties.”

“I told Mom we don’t need her help,” Robby Byrnes ’19 groaned, munching on a festive homemade pumpkin spice cookie in the comfort of his Low Rise single. “We’ve got 5 guys and 2 girls in our group, and that’s a good-enough ratio for a big weekend like this.”

Robby and his suitemates left the room as his mother unabashedly unfastened the top three buttons of her blouse– the finishing touch to her sexy schoolgirl outfit.

“Two girls simply isn’t enough! You need a ratio of at least 5 to 3. As a mother, I want to make sure these kids have a fun first year experience.” Sighed Pam as she rummaged hastily through her makeup bag.

At press time, the unexpected saving grace was last seen at a pre-game mixing three shots of cheap vodka with Tangerine Emergen-C, which she explained would boost their immune systems during the flu season while getting them “just the right level of drunk”.