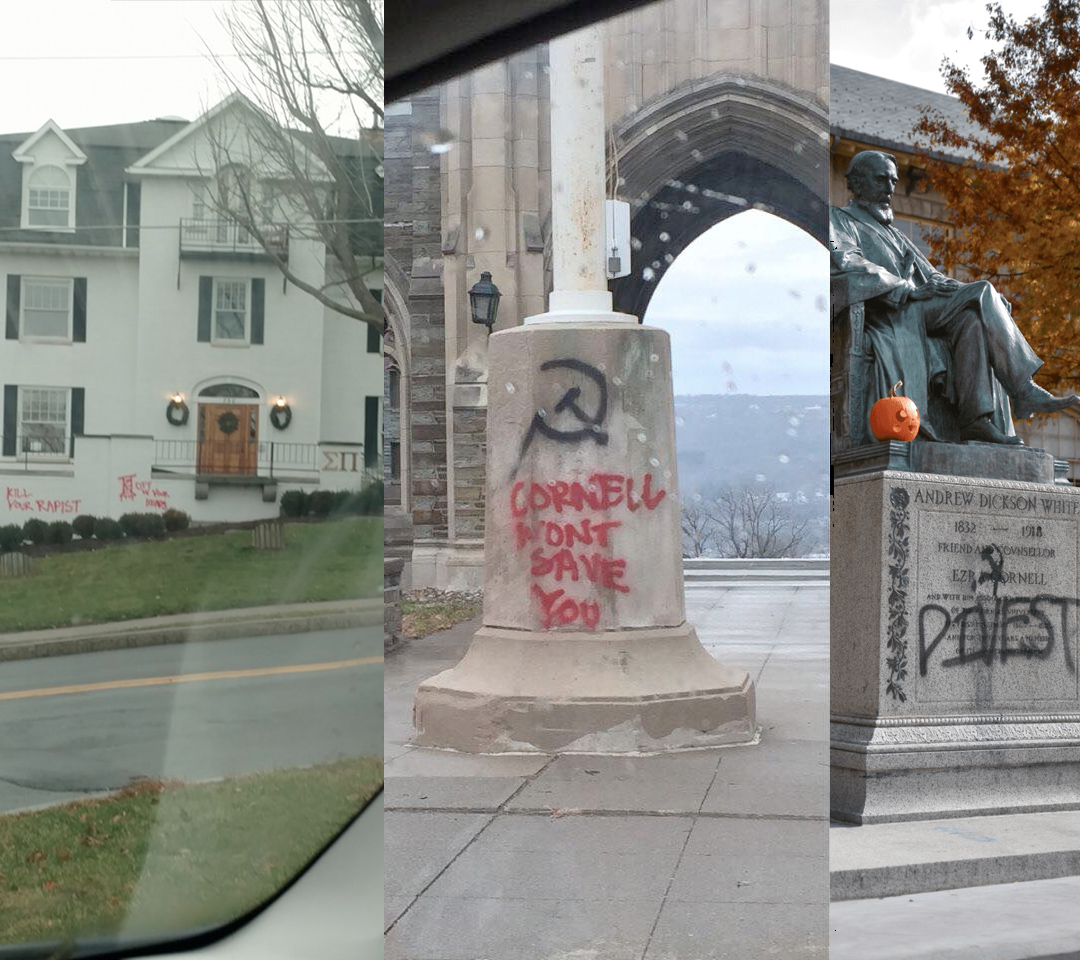 ITHACA — After looking into the prevalence of graffiti on the Cornell main campus, investigators from the Ithaca Police Department are almost certain the vandal, who has been defacing school property with communist propaganda, is an asshole.

“We had our suspicions that this hoodlum was an asshole back in November when they spray painted the A.D. White statue,” said Officer Ronald Wilson of IPD in a statement released on Monday, “but our suspicions seem to have been confirmed by their recent message on Baker Flagpole. Now, all we have to do is narrow down our search to the assholes enrolled at Cornell.”

The Cornell University police department is cooperating fully to find whatever asshole has been drawing sickles and hammers around Ithaca by using a viable system of justice to right wrongs and not prancing across the grounds with a can of spray paint.

“They wrote ‘Kill Your Rapist’ on the side of our house,” said a brother of the Sigma Pi fraternity, also recently vandalized, “which I thought was kind of horrible. I mean, what kind of asshole marches into someone’s personal space and defiles it with no respect for anyone else?”

The authorities have confidence they will be able to catch the asshole in question, whose message might have been taken seriously if only they had any sense of decency or maturity.