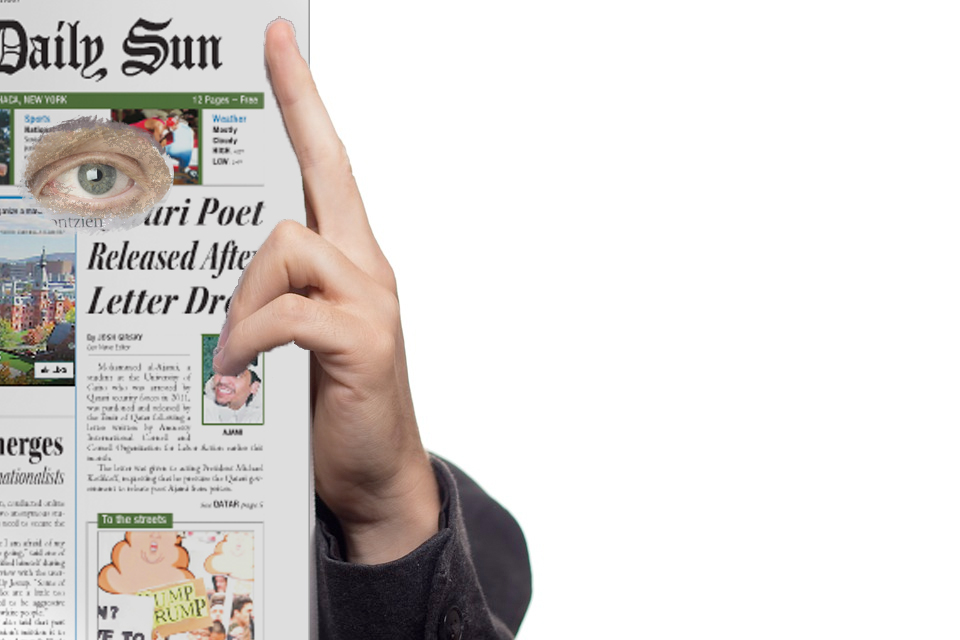 We all know that printed newspapers are a dying medium, and invariably in the future everything will transition online. But I’ve been a loyal fan of the Cornell Daily Sun for year, and now that they’ve announced their reduced printing schedule, I can’t help but wonder what I’ll cut little eyeholes out of when I’m spying on my ex-girlfriend in the park.

You see, one thing I’m not happy about is that when you have a newspaper, a real tangible newspaper, that’s something special. It’s something families can share with one another, instead of everyone being all on their own devices all the time. But more importantly, it was a pretty vital part of my elaborate plan to get back with Susan, and if I can’t disguise myself behind a fresh Daily Sun so she won’t notice me, well that’s just a damn shame.

I remember for the past five years, I’ve gotten a Daily Sun off the corner every day of the week, read three or four of the front page headlines, punched a few holes through the Art & Entertainment section, followed Susan out of her apartment to walk her dog, then sat on a distant bench and used binoculars if the holes were big enough. But I won’t be able to do that on Wednesdays and Fridays, which really ruins my chances with her now.

Well, if online is what the future holds for the Daily Sun, I’ll have no choice but to just go with it. It’s just a huge loss that I can’t fold my iPad into a neat hat too. She used to love newspaper hats.