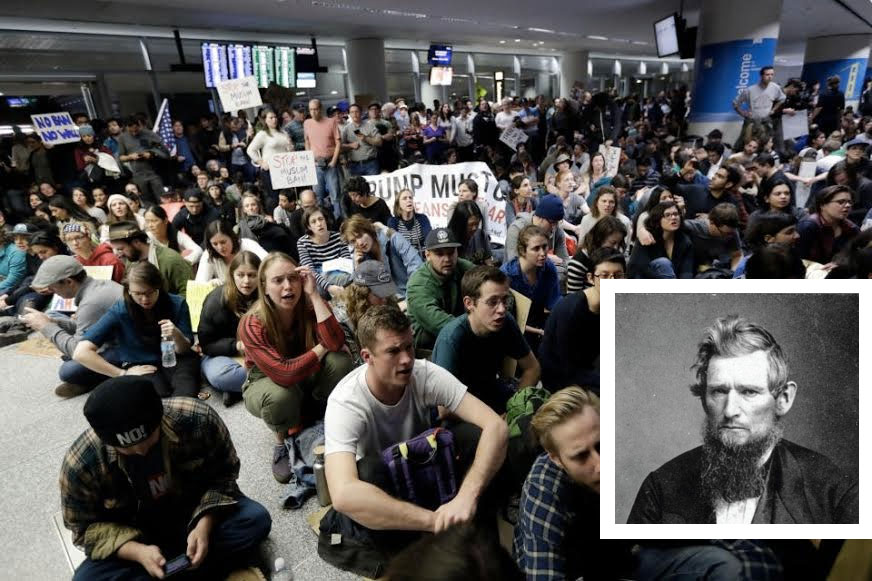 Hey everybody, it’s me Ezra. Look, I realize I’ve been dead for a while now, and it’s not really my place to comment on the events happening in 2017, but I wanted to briefly return to explain something about my motto for the university.

When I said “Any Person, Any Study,” I was obviously including people from Iraq, Iran, Syria, Sudan, Libya, Yemen, and Somalia. Everybody picked up on that, right? Because based on the stuff going on in this country right now, you could have had me fooled.

In 1865, I founded Cornell University as the first truly American university, a college that encompassed the values this great nation was first built on. And those values include providing opportunities for everybody, regardless of their gender, race, religion, or nationality. The United States was founded by immigrants whose cultures and ideas helped mold our country into one of the greatest nations on Earth, and Cornell University has been equally shaped by scholars near and far who came together to work side by side in Ithaca, New York. So long story short, Muslims are allowed and encouraged to come to Cornell as much as everybody else.

I think that seems reasonable, huh? I thought that was a pretty easy and simple concept that everybody could get on board with. But apparently this new president didn’t get the memo?

I am appalled that our government would approach this issue with such fear and hate as opposed to acceptance and love. Regardless of that, we as Cornellians must stick together and fight for the rights of people from these seven countries as if they were us, because if this terrifying trend continues then there will be nobody to fight for us once our rights are taken away. And for those Cornellians who are from these countries, stay strong- we are all in this together, and we have your backs.

Woof, this is exhausting coming back from the dead to do all this. But we’re good now? No more banning people from Iraq, Iran, Syria, Sudan, Libya, Yemen, and Somalia from coming to America or Cornell University. People of all of these nations will be welcomed to Cornell with open arms. Unless, of course, they have poor SAT scores. Then they might want to try applying to a few state schools just in case.