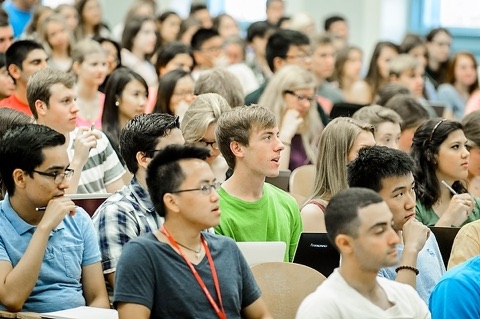 MCGRAW HALL — During a discussion on federal influence on the implementation of local policies, a lecture hall full of Government majors sat waiting in gleeful anticipation, ready to combat a conservative student’s views as he began to answer a question.

“I kept waiting to rip him apart for saying something bigoted about marriage equality or immigration, but he just continued to drone on about the tax code,” said a visibly frustrated Chelsea Trout ‘19.

To the disappointment of the room, the student simply raised his hand to mention knowledge he had gotten about the topic at hand from a research paper done in a previous class.

“I was so busy thinking about the exact arguments I could rapid-fire reply with that I didn’t actually hear what he said,” added Jay Muller ‘20.

Despite the non-controversial nature of his response, the class agreed that the student’s values were unquestionably deplorable.