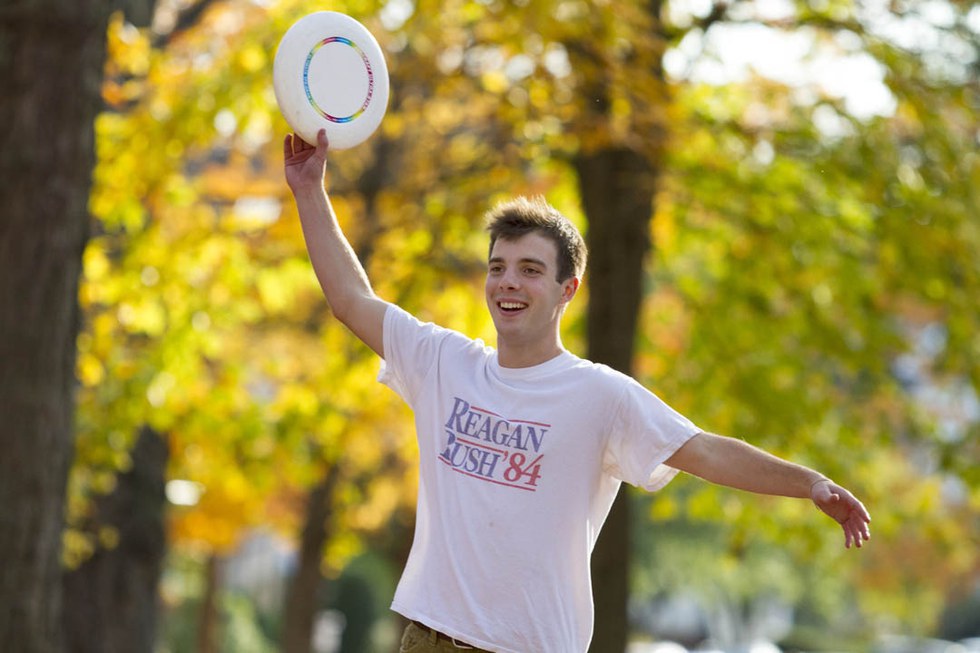 ARTS QUAD—Signifying the return of spring to the Ithaca area, the season’s first flock of white frisbee players has recently taken up roost on the Arts Quad.

“I love watching the first signs of Ithaca spring—the flowers start to poke up out of the ground, the days get a little longer, and just this morning I spotted a full group of frisbee-chucking white folks ‘ripping some disc’ on the Arts Quad!” said Ithaca local Mora Kinsington.

As the temperature rises with the approach of summer, the population of “discers” will likely grow to levels unseen since last year’s season. They will soon be joined by baseball players taking up way too much space, freshmen skipping CHEM 2080 to take instagram photos in the grass, and perhaps even the rare Northern Upstate Slackliner.

Though the white frisbee players currently inhabit the Arts Quad in large numbers, most are expected to return to their former dwellings when Ithaca’s annual second winter hits next week.