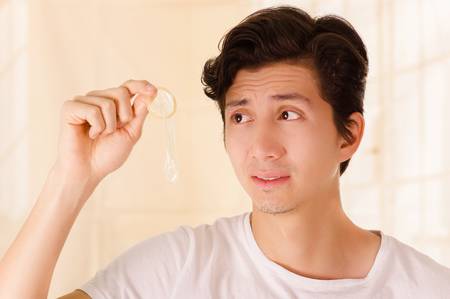 Rankle began this eco-friendly practice after watching Al Gore’s “An Inconvenient Truth” three times and “finally getting it.” “People talk about saving the planet by driving electric cars or recycling, or whatever. But those things are expensive, or hard,” said Rankle. “What about just using the same condom over and over again? It’s easy, and it makes you a good person!”

Maggie Berns ‘19, Rankle’s ex-girlfriend, defended his condom-reusing practice. “At first I thought it was pretty gross. But when I found out that it was for a good cause, like saving the planet, I was totally on board. Environmentalism is sexy!”

When asked for comment on Rankle’s condom, Executive Director of Cornell Health Kent Bullis stated: “We truly appreciate Geoff’s commitment to the environment and his anti-waste activism, but… maybe just plant a tree instead.”

Rankle plans to continue using his current condom for three more months. His next environmental project will be wiping less frequently to save toilet paper, and consequently, the world.