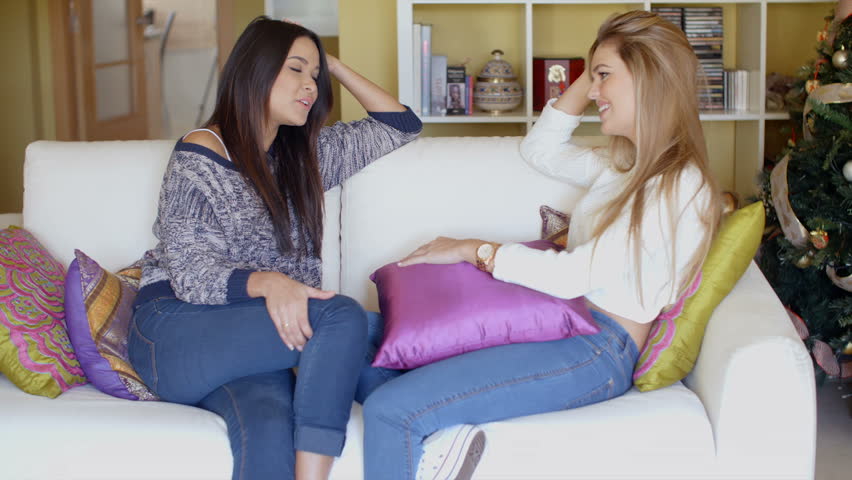 COLLEGETOWN—Caught in the midst of the Collegetown real estate busy season, Nadia Charles ‘20 and her roomate Maddie Chan ‘20 focused on acting as normal as possible while a group of prospective tenants toured their five-bedroom apartment.

“Our landlord has been scheduling a bunch of tours lately, and I completely forgot this one was happening until he knocked on the door,” said Charles. “Next thing you know he was introducing me to people and started going on about open concept floor planning, leaving me with absolutely no idea of whether I should keep standing there or go hide in my room.”

During the bulk of the nine minute tour, the two women concentrated on being “regular, non-weirdos” while shifting between browser tabs on their laptops and listening to music at low volumes.

At one point, Chan went to the kitchen to retrieve an item from her refrigerator, only to be blindsided by her landlord and his procession of would-be tenants out of Charles’s bedroom. “All of a sudden I found myself intently caught up in the mechanics of extending my arm down to the produce drawer to get an orange,” said Chan.

Janice Lehman ‘22, a member of the tour, says she’s now interested in signing a lease for the apartment. “I didn’t really get a good look at the place because I didn’t want the people who live there to think I was snooping around, but the way the landlord described it sounded decent,” she said.