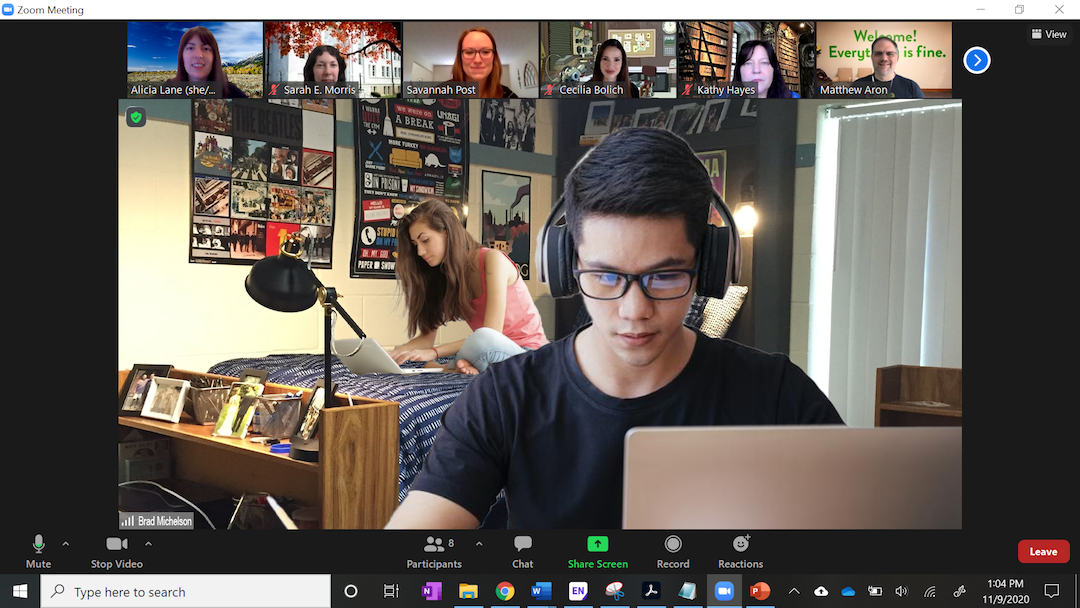 COLLEGETOWN—Brad Michelson ‘23 has recently taken steps to make his fellow Introductory Economics students aware of the fact that he and his girlfriend regularly engage in sex.

“It started out with strange Zoom camera angles,” said one anonymous classmate. “He literally would only show a colorful collection of hickeys on camera. Like, just his neck. No face or anything. Break-out rooms were so awkward.”

Michelson reportedly began slowly inching his girlfriend closer into view with every subsequent lecture, purportedly “craning his neck in impossible ways to make sure everyone could tell that the vague figure in the background was in fact the girlfriend in question.”

According to a chat he “accidentally” sent to everyone, “the only curves the losers in this class get to see are PPF curves.” Kripke was seen laughing on camera after the message was sent out.