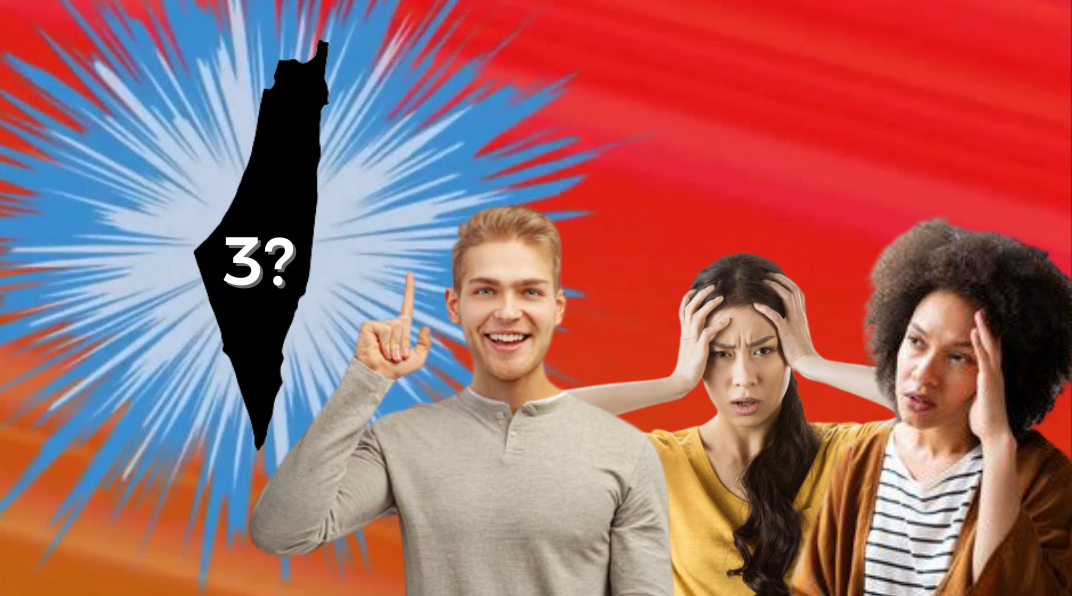 “I’m sick of so many people talking about how ‘both sides’ are wrong in this situation. There aren’t two sides to what’s happening: there are three,” Pavlos explained to the muted, blank breakout room. “Israel and Palestine are both doing bad things, which are definitely the exact same and do not show any power imbalance whatsoever. Rather than saying who’s right and who’s in violation of international law, I think we need a neutral, moderate, third option here. Sort of like Switzerland. Or, we could put someone in there that the Israelis and the Palestinians could both agree to hate, like Florida.”

When another student in the breakout room pointed out that a third state would simply be another colonizer on Palestinian land, Pavlos responded with complete confidence that “everyone on all three sides will have to make a few sacrifices for peace. And what I mean by that is, Palestine will have to sacrifice everything, but this time Israel will sacrifice a tiny bit too so they can tell everyone they contributed to the solution. And the third state will have to pitch in for the transportation over there. But in the end, it’s a lose-win-win, which is one more win than we had before.”

When pressed by the other students for answers as to how this would solve anything for the Palestinians, Pavlos explained that the whole thing was “quite complex and complicated” and scoffed at their evident lack of research into Middle Eastern political history. He proceeded to show on a map where he would geographically insert Wyoming as the third state.