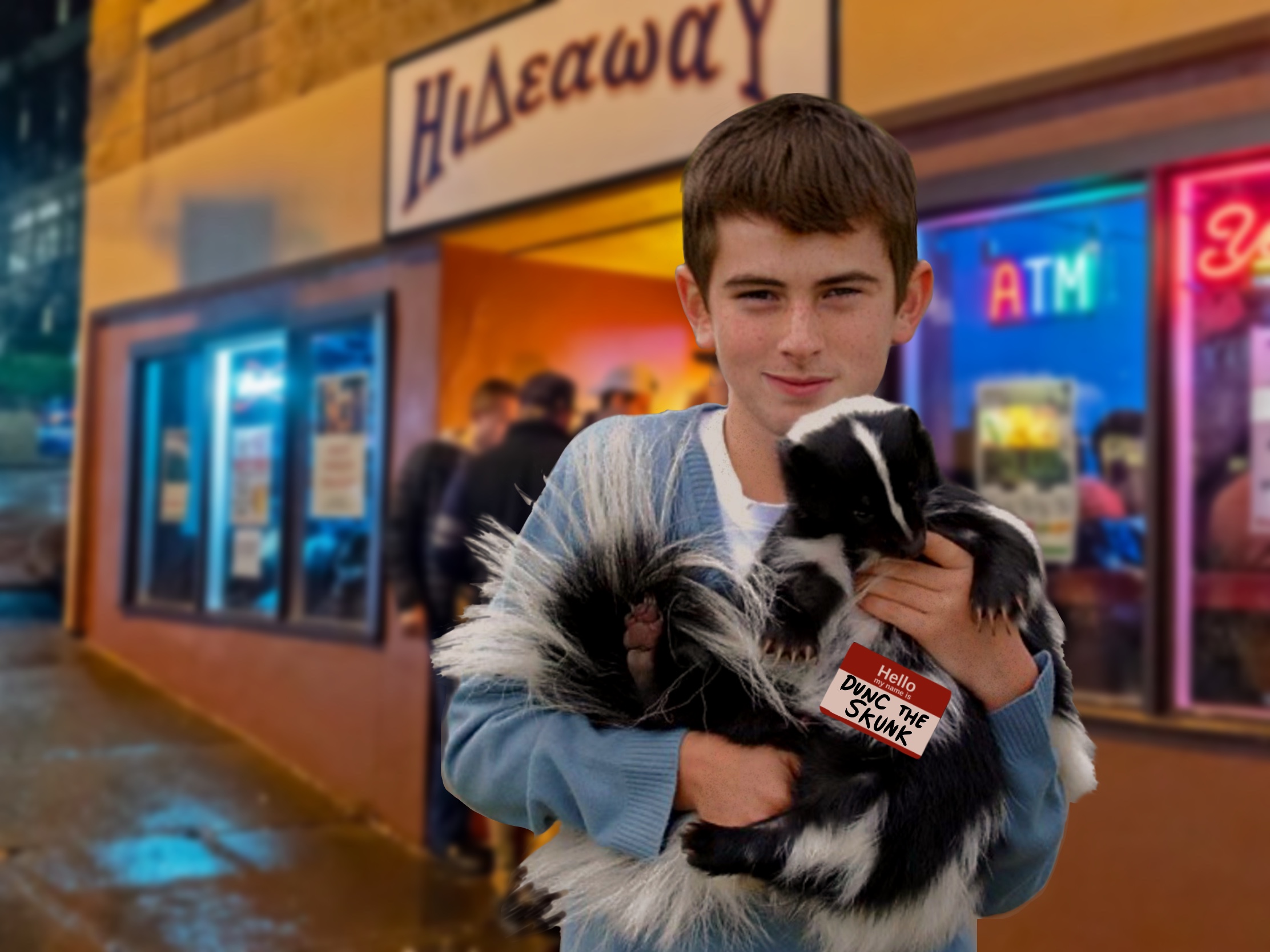 I had just begun the godforsaken journey up Eddy street back toward North Campus, my arms slung over the shoulders of my marginally less drunk friends and my feet dragging uselessly behind, when I noticed what appeared to be a Club Penguin puffle waddling beside us in the brush.

“Boys, boys,” I whispered, “You see that?” I shook an arm free and flung it toward the black and white globe of floof.

“You mean the skunk?”

This wasn’t the first time I’d encountered a skunk on campus; the creatures often appeared to me along my angsty post-prelim night runs and on my way back from 1:00 am Nasties Sunchip hauls. Although the thought of scooping up one of the little smushie wushies frequently crossed my mind, I was always restrained by an unfortunate state of socially-aware sobriety. But now, eleven shots deep and definitely concussed from falling down the front steps of the Sigma Digg annex, I felt a surge of unencumbered determination.

I pulled myself onto my feet and narrowed my eyes, locking the puffy wuffy into focus. Then I made my stealthy approach: staggering to the curb, tripping over the curb, chilling for a few seconds criss-cross-applesauce on the curb, then getting back up and grabbing my new friend by his bushy wushy tushy. This action was followed by a noise evocative of a Lysol spray can, and the next thing I knew, everyone within a good 10-foot radius of myself was passed out cold in the street. I shrugged and continued on my way, the skunk swinging with his fluffy white ass face-up in the moonlight all the way to Clara Dickson Hall.

Back at the dorm, I made the skunk a “My Name Is” sticker with the name Dunc the Skunk (short for Duncan the Skunkan), and then let him use one of my roommate’s drawers as a litter box. When I woke up slumped against my microfridge at 2:00 pm the following day, I saw the cutie patootie raiding my trash. I think we tight now.