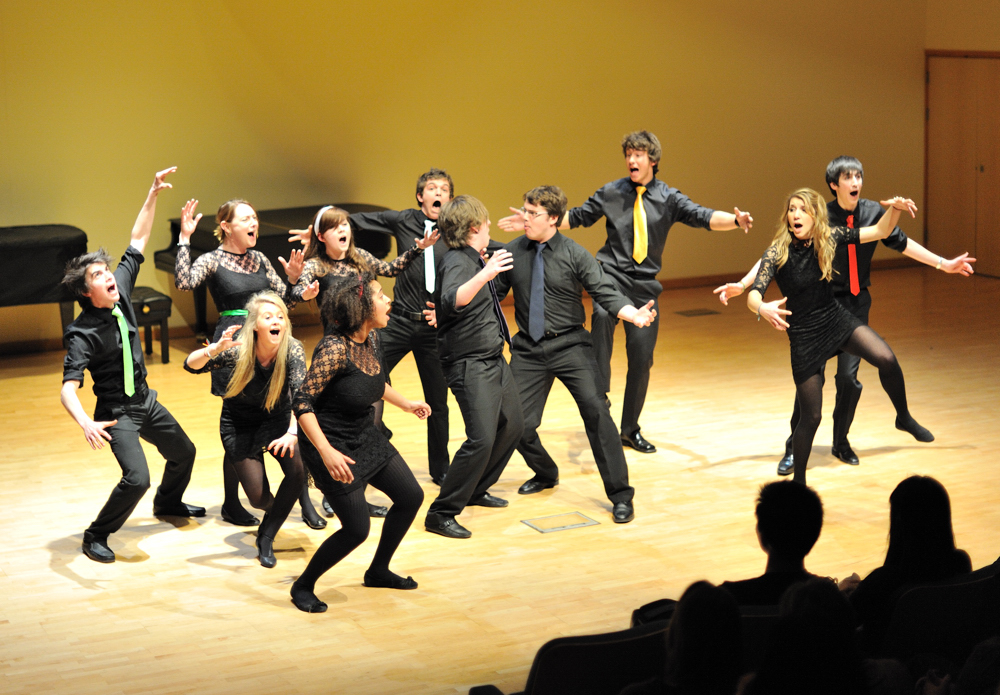 BAILEY HALL—The hills are alive with the sound of music, and so are those who attended the 127th annual charity concert hosted by Before Nine, one of Cornell’s elite a capella groups. As with every year previous, all proceeds raised by the performance will go directly to the pockets of those who need it most—the unlucky few who have to live next to the shamelessly loud singers.

Leslie McDonald ‘24, a soloist for tonight’s concert, gave a heartfelt speech before the performance about her fellow sophomore and unfortunate neighbor Meredith Scott ‘24. “It’s just so sad,” she told the audience, wiping away a dramatic tear. “Mer-Bear is so lovely, and I am so loud! Every time she bangs on my door and yells at me to keep it down when I’m in the middle of warmups, I just feel so sorry for her. When you listen to us tonight, please put yourself in her shoes, and imagine how we must sound when we’re muffled behind shitty dorm walls at three in the morning. Wouldn’t you want some help, too?”

After the concert, which involved a rousing performance of the alma mater followed by half of the Hamilton soundtrack, the members of Before Nine solicited donations in an unprecedented display of solidarity with their poor, suffering neighbors. Secretary Zach Cutter ‘22 could be seen panhandling in the parking lot for more donations with the help of his roommate Trevor Ingalls ‘22. “Look at this face!” he said, squishing Trevor’s cheeks with one hand while shaking a tip jar towards the fleeing audience members. “For just pennies a day, you can help us bribe the room scheduling people into giving us a place to rehearse in, and free Trevor from his eternal torment.”

Neither Meredith nor Trevor could not be reached for comment, on account of the massive noise-cancelling headphones they have taken to wearing 24/7.