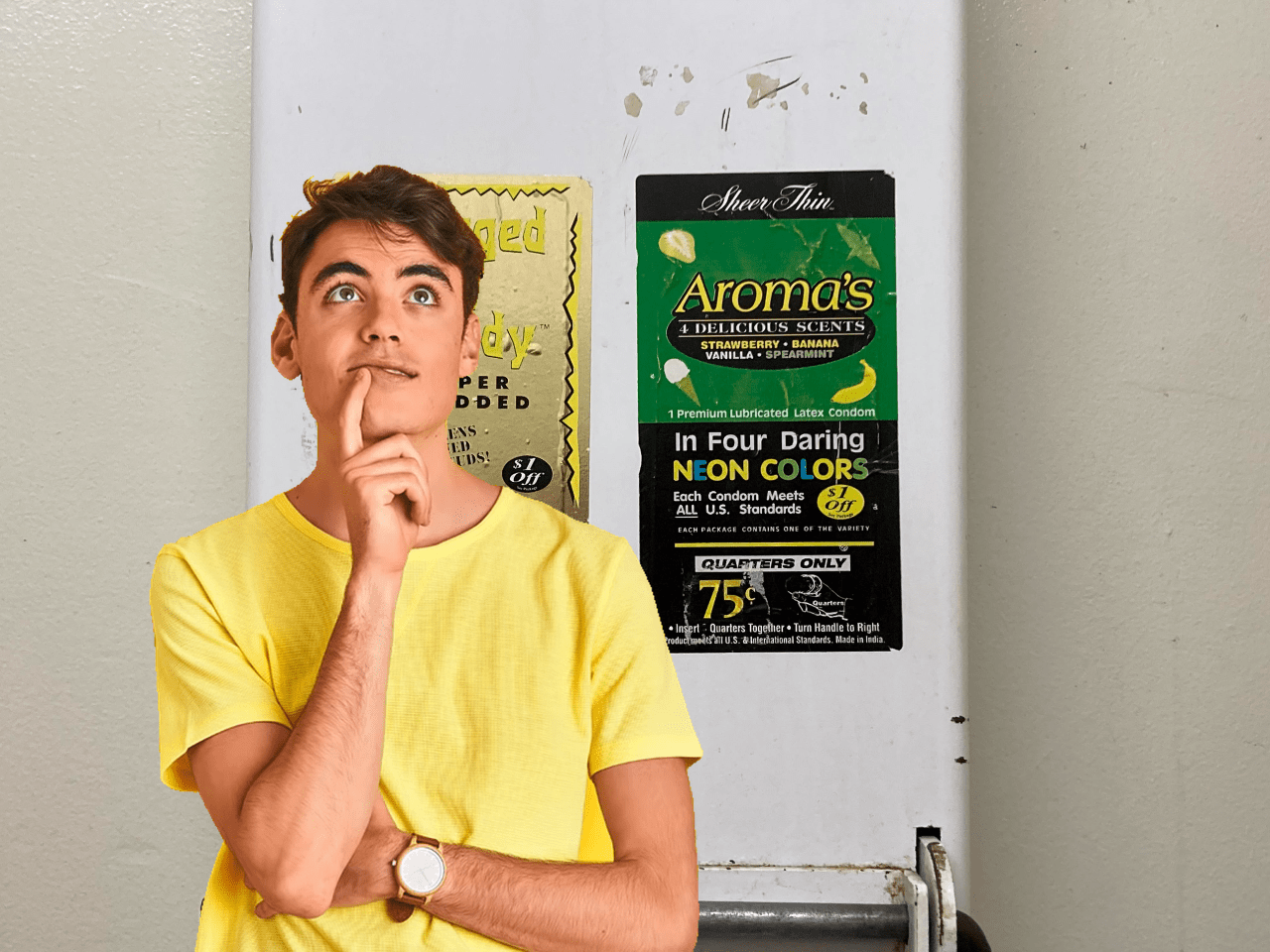 “Imagine… a time when noses weren’t the only orifice being pounded. A time when ‘business casual’ included assless chaps. A time when Okenshield’s wasn’t the one place you could contract a humiliating disease,” said a misty-eyed Dallas Murphy ‘25, who kneeled in awe in front of the aged prophylactics. “Truly, COVID has taken so much from us.”

Murphy paused to reexamine the once-gateway to Willard Straight bliss before further revealing his vision of the fallen sexual utopia.

“How often were these students getting ploughed that they needed not one, not two, but four daring flavors of scented condoms?” he wondered, stopping only to wipe the drool from his wet mouth. “What wretched sins, what glorious perversities, could possibly tire these Olympian fuckwarriors of banana condoms? And where was Happy Dave in all this?”

Speculation was cut short as Cornell alumni all denied Murphy’s’ LinkedIn requests, leading him to conclude that Willard Straight must’ve been a place for “bighuge megavirgins” instead.