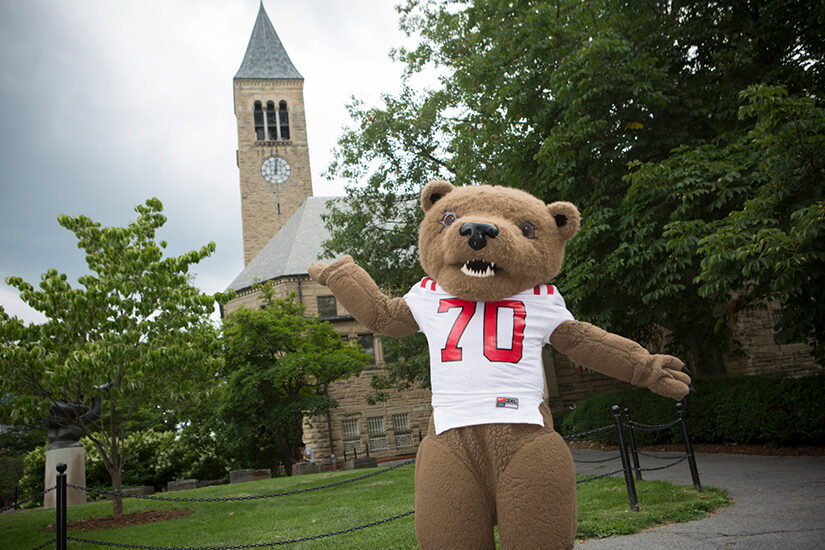 TEAGLE HALL—In the wake of yet another painful defeat for the football team, Cornell Athletic Director Andy Noel announced that in order to lessen the crippling weight of expectations, the university would be renaming its mascot from Touchdown to Field Goal, effective immediately.

“Like all of our varsity teams, Big Red Football has a proud and illustrious history,” said Noel. “However, we cannot cling to the past forever. As we continue to improve and modernize our approaches and facilities, we must also update our mascot to establish an attainable benchmark more in keeping with the team’s recent past, present, and—in all likelihood—future.”

Noel noted that although the name “Touchdown” was an apt moniker when the bear was first introduced following Cornell’s championship-winning 1915 campaign, the juxtaposition between the team’s ambitiously named mascot and the utter lack of any sort of on-field success for over three decades could only demoralize today’s hopelessly outmatched squads. Coach David Archer ‘05 seconded Noel’s comments.

“The atmosphere in the locker room gets pretty sour when the guys, emotionally buoyed by this mascot they’ve all grown up idolizing, expect to go out and get into the end zone every game,” Archer said. “They’re all worried that they disappointed Touchdown. It’s very sweet, really, but we can’t keep putting them through that every week. I’m hopeful that this rebranding will teach them that sometimes it’s better to just get points on the board so you can sleep a little easier instead of always needing to go for glory. That, I think, is the distilled spirit of the Cornell Athletic Department.”

At press time, Noel was racing to once again change the bear’s name, this time to “Positive Yardage,” following another abysmal performance.