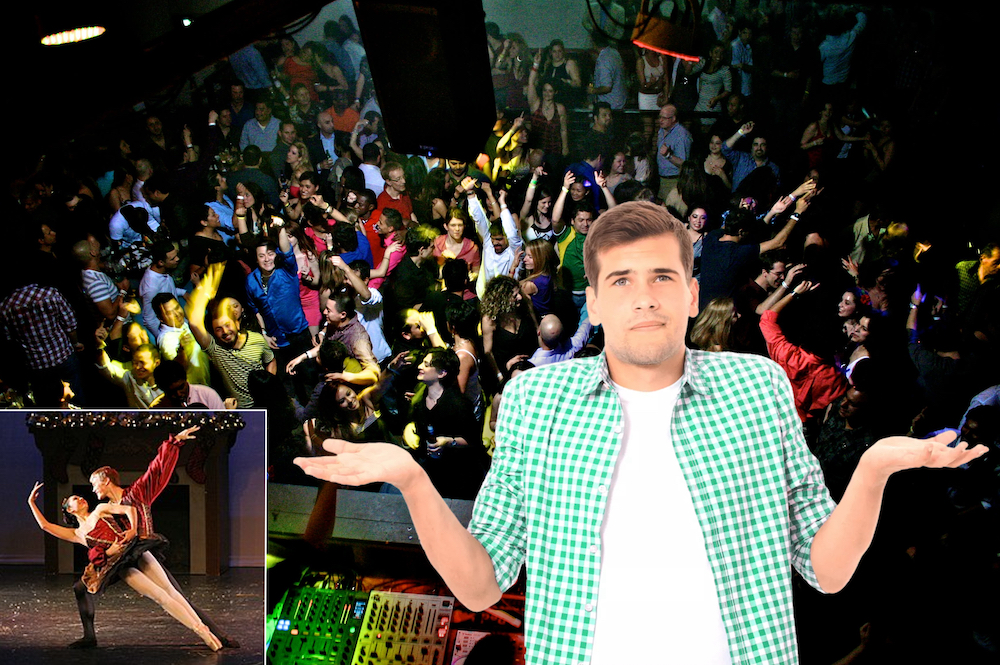 UNIVERSITY AVENUE —Beta Sigma DJ Peter Hans ‘23 has come under fire from the rest of the fraternity after a mishap at the most recent rush event at which he wasn’t paying attention and accidentally played Tchaikovsky’s Pas De Deux from the Nutcracker Suite.

The fraternity’s upper management has condemned Hans’ actions, stating that Beta Sig is no place for classical music and reiterating their hard work to maintain their reputation as “stinky, stinky menaces to society.”

The mistake was first noticed by Scottie McMasters, a freshman rushing the fraternity. “I was talking to the rush chair, Bongo, when I heard the most magical string melody coming from the speakers,” McMasters described. “It was hard to be sure over the sounds of everyone talking, so I asked Bongo if that was Tchaikovsky. He just told me that ‘there’s no one by that name in this frat’ before returning to our conversation about how even though our dads pay for our Mercedes, they’re still our cars.”

As more and more brothers were made aware of the abhorrent absence of Day ‘n’ Nite remixes playing, they hurled a barrage of insults at Hans. “I tried to convince them to at least wait until the horn section came in at the climax, but they were not having it,” sighed the impeached emcee.

Despite Hans’ egregious error, the Beta Sig nomination committee is struggling to find a replacement: “Nobody could play songs off Spotify and then twist knobs that aren’t connected to anything quite like him.”