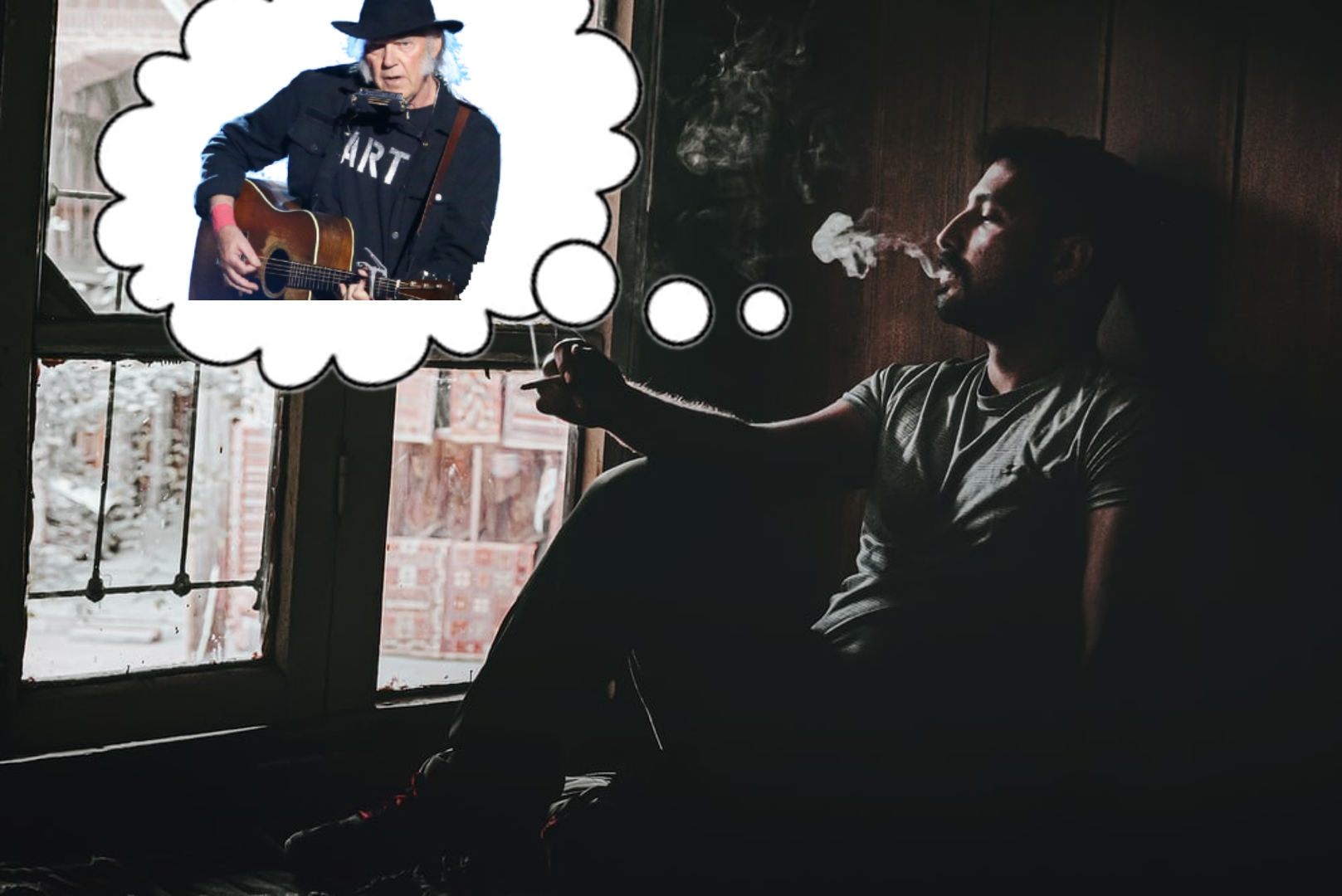 ITHACA CAMPUS—In an event tantamount to the burning of the Library of Alexandria, Spotify’s sudden removal of Neil Young’s discography has annihilated the sex playlists of men across the philosophy department.

“Without Neil Young, I might as well give up sex,” complained Dorian Lancaster ‘23 between drags of his cigarette. “Sure, women are great, but nothing will ever give me the sexual supercharge of hearing his simultaneously raspy and wet voice, like a naked man belly crawling through damp grass or an old woman sucking sand through a straw. I tried listening to recordings of my grandpa on his deathbed, but he kept talking about shit like being ‘proud of me’ instead of incisive commentary on American consumerism. What a waste.”

With no end to the Spotify stalemate in sight, the students have been forced to find other ways to announce to the world that they have deeply boring daddy issues, such as wearing band t-shirts, not shampooing their shoulder-length hair, and insisting that vinyl sounds “so much warmer.”

“Without basing my personality entirely around the sense of superiority that comes from getting a rock hard boner from a vocal style best described as ‘clammy,’ I don’t know what to do with myself,” complained Lancaster. “My dad and I had a conversation that wasn’t about music for the first time in years, and it turns out we have nothing in common! If I can’t offload my feelings onto a vaguely sad four-chord guitar song right now, I might have to genuinely process my emotions about this.”

In response to suggestions that they purchase Neil Young’s discography, thus monetarily supporting the artist for the first time in their lives, the philosophy majors were seen begrudgingly adding “Blowin’ in the Wind” to their playlists instead.