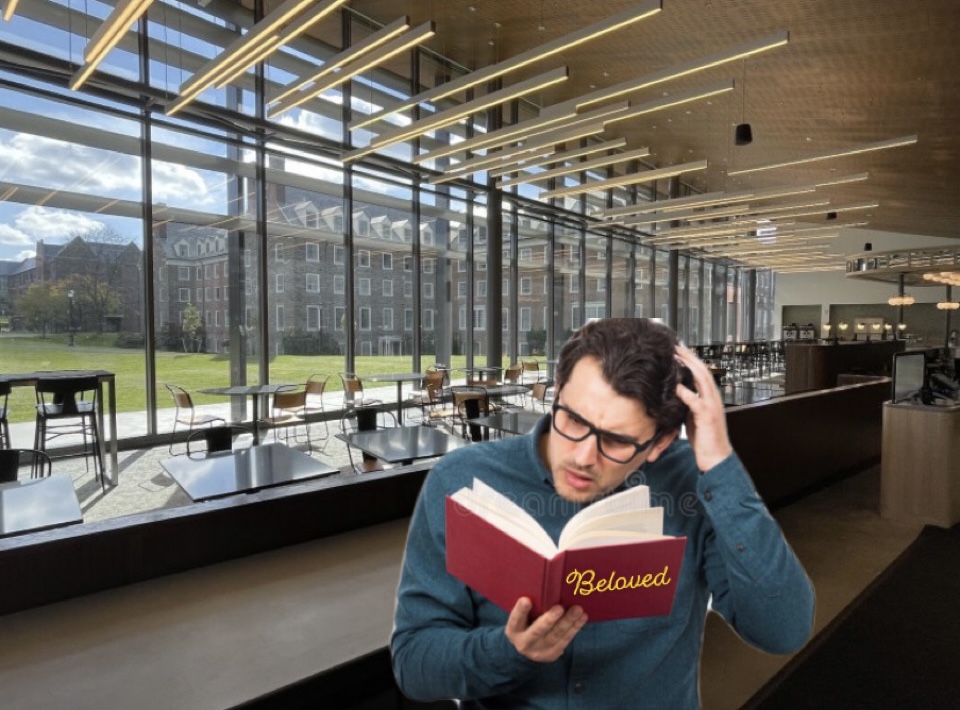 Within days of the announcement, every copy of Beloved was checked out of libraries all across campus. Due to a sudden surge in demand for the book, library staff have reported an estimated wait time of 50 weeks to obtain a copy.

The new policy has proved to be an exciting opportunity for book lovers to demonstrate their passion for literature. One English professor explained, “I made the 45 minute trek to North Campus today just to discuss the significance of the milk scene. I had already eaten lunch, but couldn’t resist a good chance to stop by and spread some knowledge.”

Several STEM majors have expressed their frustration with the new practice. “I wish it could have just been named Nye Dining instead,” physics major Hailey Godiner sighed. “I could sing the theme song from Bill Nye the Science Guy in my sleep.”

At press time, students were entering a mass panic as the Sparknotes website crashed from overuse.