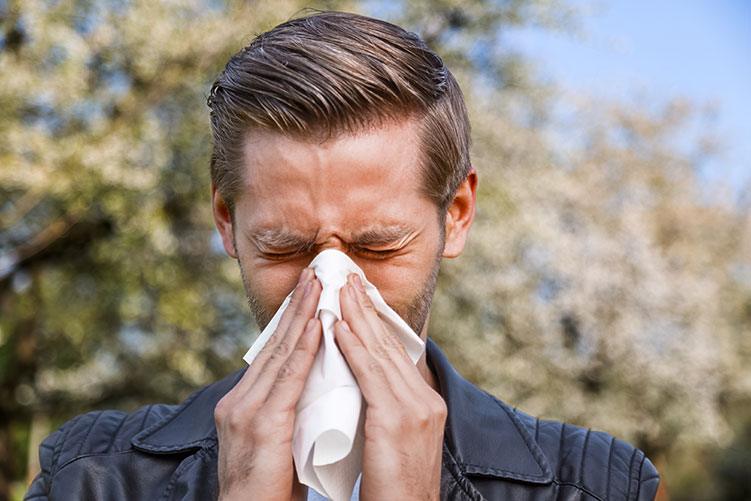 STATLER HALL—Between bouts of violent, uncontrollable coughing characteristic of either a mild seasonal pollen allergy or the novel coronavirus, senior hotelie Milton Dyer lamented his springtime sniffles. “My allergies are so annoying this time of year,” said Dyer as he audibly struggled to catch his breath.

When passed a paper cup of Bordeaux in Wines lecture, a feverish Dyer feigned a sniff of what might as well have been Dasani water to his COVID-19-addled senses. “Uhhh yeah I mean I detect notes of frankincense and myrrh. I think?” Dyer told a skeptical looking Professor Nash. Upon being informed that his initial judgment was wrong, Dyer panicked, delivering a rambling and increasingly descriptive sommelier’s judgment apparently intended to prove to the entire lecture hall that despite his case of seasonal snuffles, his sense of smell and taste were in fact totally intact. “Yeah I mean…obviously it smells like spice? Like I’d say, cinnamon? No, maybe Old Bay Seafood Seasoning? Or Old Spice Fiji, even? And it’s also a bit woody, like a palette of plywood left out on a damp summer morning in my South Alabama hometown. And there’s definitely notes of ammonia and…cherry? Mixed with baby powder and cigarettes? Yeah, I mean, this wine…it just… it smells like updog,” said Dyer, of the vintage 1961 Cantemerle.

“It’s just… allergies! Lots of pollen and dust and all that,” fumbled Dyer after noticing worried glances from his neighbors. Beads of sweat dripped down his face as he let out a loud, dry cough that echoed through the auditorium and inevitably sent SARS-CoV2 flying across the aisles.