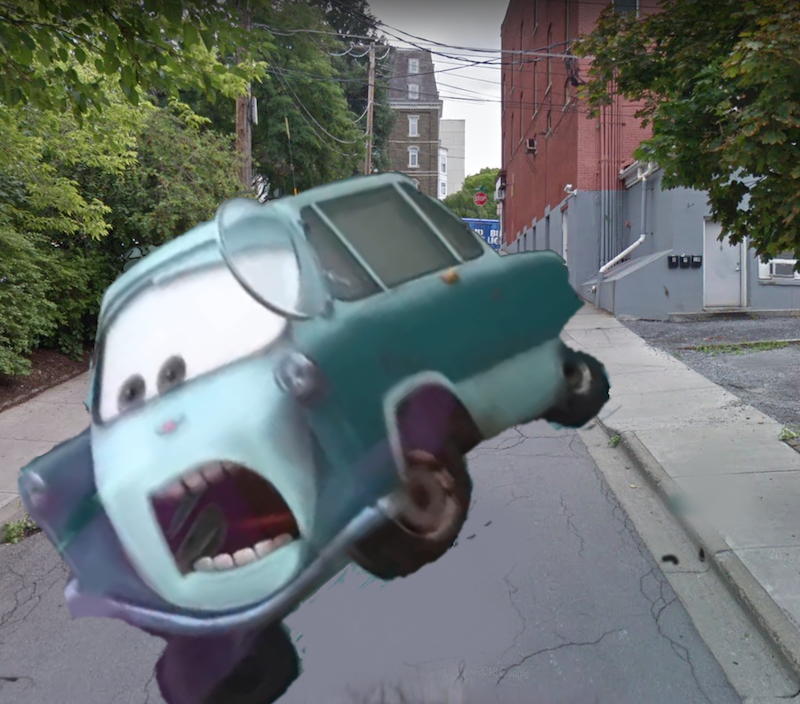 COLLEGETOWN—Facing the horrors of another row of lake-sized potholes, Brad, junior Sarah Mcllroy’s Blue G-Wagon, mustered the courage to beg his driver to spare him, just this once.

“I can’t do it anymore,” cried Brad, as a large bump shuddered his very being. “Every time we reach the peak of Williams for that split second I send a prayer to the great machine in the sky that she takes it easy on me. Alas, Sarah just guns it like she’s trying to win the alpine downhill. The other cars taunt me too. They have drivers who swerve to avoid potholes, caring about the health and wellbeing of their companion. I wish I was bought into a different family, one that cares.”

Brad has looked into alternative medicines and has even considered therapy to deal with his Sarah-related PTSD.

“I’ve tried meditation, yoga, even ethanol-free petroleum,” Brad recounted. “Nothing seems to work. I thought with all this inflation and that sanction business, maybe the gas prices would reduce Sarah’s frivolous driving. But then I remembered she’s from Westchester, and I…” Brad trailed off, reduced to muffled sobs.

Brad’s pleas have thus far fallen on deaf ears, unable to be heard over Mcllroy bumping “Heat Waves” during her weekly Target trips for pregame mixers.

“I love Brad,” said an oblivious Mcllroy. “I was so excited when Daddy bought him for me this summer knowing that I’d have a super trendy and cool car for the next two years when I’m in college. It’s weird though, he’s started to make these weird noises and everything, but he’s new so it’s probably nothing.”

After his latest Williams Street descent, Brad could be found in the parking lot icing his suspension and leaking unleaded 87 tears.