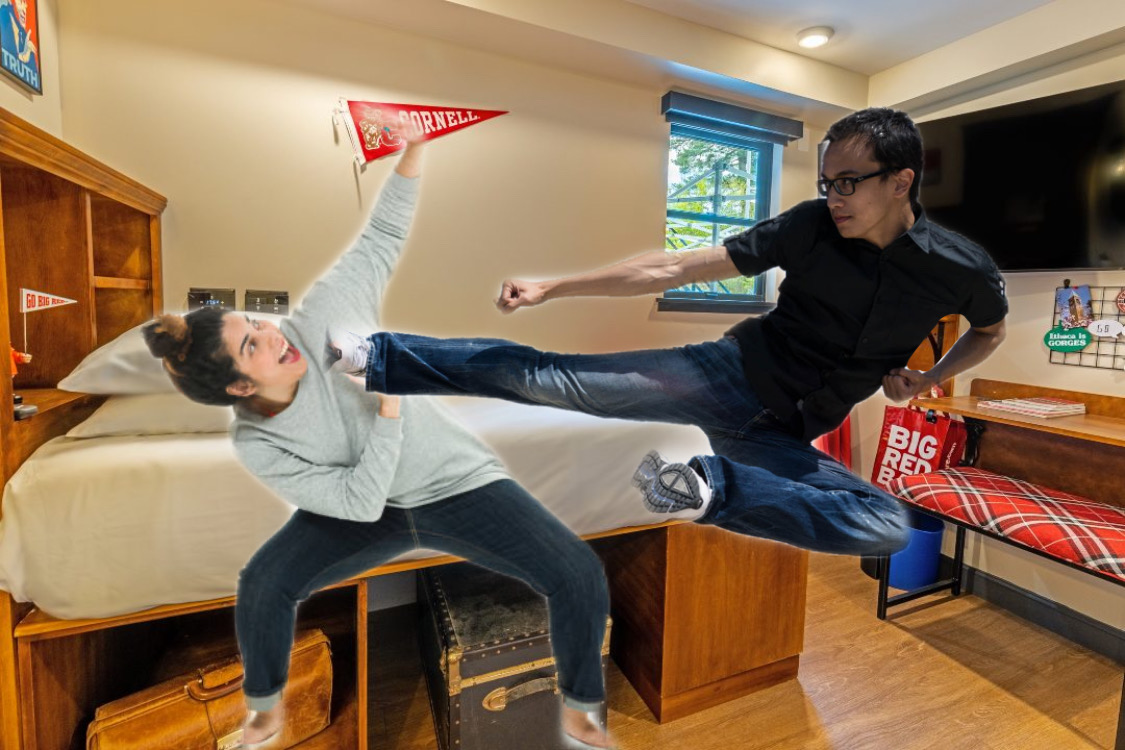 HELEN NEWMAN HALL—Cornell administration has received several complaints from students enrolled in PE1560 Introductory Self Defense after instructor John Ladin broke into their respective homes on Sunday night in an unorthodox final assessment that students describe as a “harrowing ambush executed by a gleeful psychopath.”

“How am I possibly supposed to evaluate my students’ self-defense capabilities if I’m not allowed to take careful notes on their gravest weaknesses, stalk their homes for potential entry points, memorize their daily schedules, and then pounce when they least expect it?” noted an exasperated Ladin. “Also, this has been in the syllabus all semester so I don’t know why it was a surprise.”

Several students have protested that the class material did not adequately prepare them for some aspects of the attack. “He literally busted down my apartment door, kicked me directly in the face, and yelled, ‘You’ve been John-ed, dumbass!’ None of that was on the study guide,” complained Max Green ‘23.

“I actually did read the syllabus so I knew this was coming, but it was already past the drop deadline and I’d honestly rather get my shit rocked than take a W on my transcript,” admitted Amy Price ‘24. “I’m really not sure how I did, but I heard one kid just curled up in a fetal position and started crying for his mommy, so I’m hoping it’s graded on a curve”

In response to complaints from students, VP Ryan Lombardi defended Ladin’s actions, writing, “We take great pride in the rigor of our coursework. Cornell is a world-class institution dedicated to preparing its students for anything life may throw at them, including a 4 am haymaker to the scapula. If these students can handle John’s violent attempt at their physical safety, we’ll know the university is doing its job.”