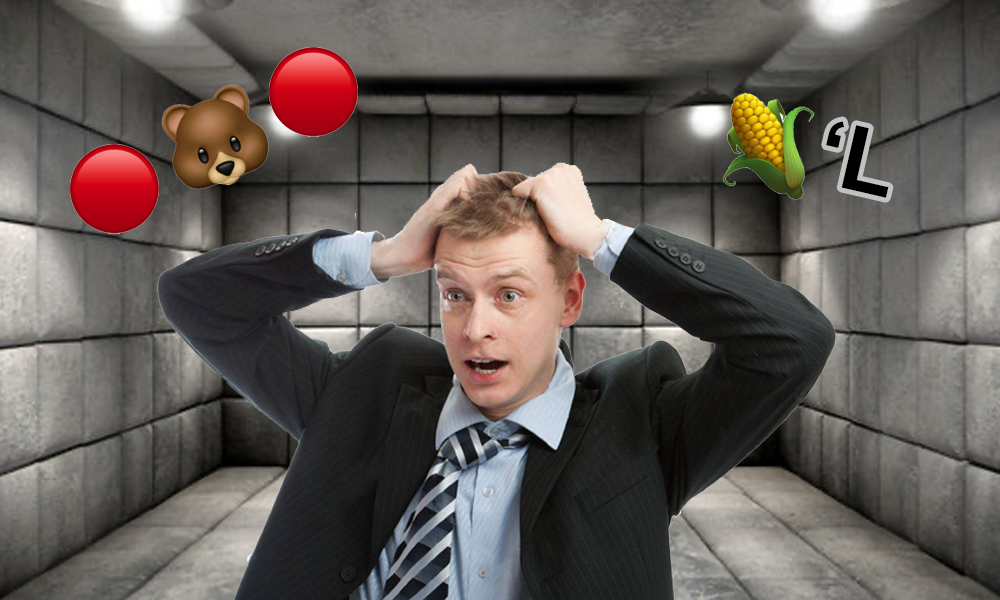 STEWART AVE—Soon to graduate Bryan Borren ‘22 experienced a matriculation meltdown yesterday while attempting to construct a new Instagram bio. After using “Cornell ‘22” for the last four and a half years, Borren found himself entirely unable to find a new 150 character combination that properly summarized his being.

“I’m totally out of options,” explained an exasperated Borren, eyes sunken and wild. “I played around with a bear emoji and a red circle, or maybe a corn emoji with an ‘L’ at the end, as a subtle nod to my formative time here, but they just won’t do. People might think I’m some sort of animal lover, or god forbid, a farmer. Those just aren’t my interests. Come to think of it, I don’t really have any interests.”

As Borren’s quest for self identity continued to fail, his mental state deteriorated, sending him on a failed soul searching journey across campus. Borren was reportedly seen stumbling across Ho Plaza, mumbling vague witticisms and song lyrics that he thought other people liked. Borren was next observed interrogating the Arts Quad statue of Ezra Cornell, shouting questions such as “Who am I?” and “How do you spell entrepreneur?”.

“I really feel for the guy,” expressed Borren’s roommate, Ancel Erry ‘23. “I haven’t seen him wear a piece of clothing that doesn’t say ‘Cornell’ on it all semester. This place is his whole deal and I don’t think he’s ever thought this far ahead. Every single time he answers the phone he says “Go for Big Red Bryan!”.

As of press time, Borren was reportedly on the verge of yet another devastating loss of ego after realizing that saying “I did my undergrad at Cornell” would only be worth about five minutes of small talk with his future financial advising coworkers, leaving him with no other topics of conversation.