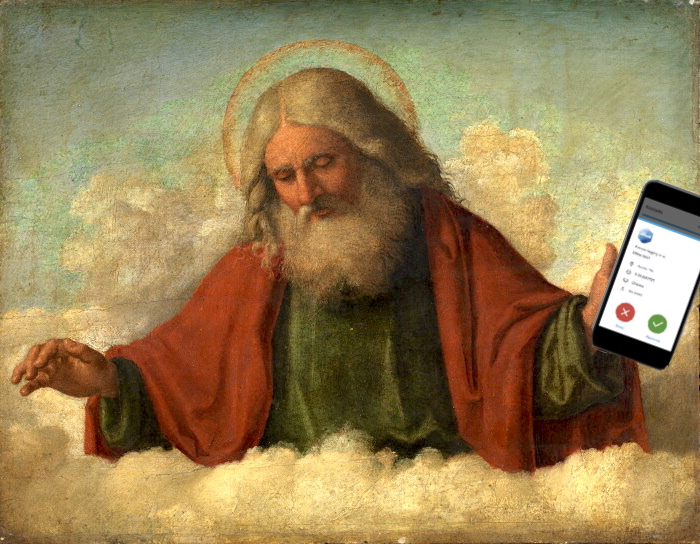 PEARLY GATES–Accompanied by a choir of seraphim, the Ruler of the Universe broke over two thousand years of silence to announce that Duo Mobile will now be required to attain eternal paradise.

“For too long, admittance to heaven or hell has depended on arbitrary and outdated criteria, such as inherent goodness, being gay, or doing butt stuff,” announced the Rock of Ages. “In My infinite wisdom I have decided to allow any soul who can pass the ultimate test of goodness: waiting a whole forty fucking seconds for this Me-damn app to load while every single soul in line behind you is wondering what’s taking this asshole so long,” concluded the King of Kings.

While some have praised the move for its novelty and egalitarianism, others find that the Lord is working in ways a little too mysterious.

“At first I thought ‘Hey, what am I doing back in Baker?’ Then I realized I hit the wrong button on Duo Mobile,” said Vinicius de Melo ‘67 from the fiery pits of hell. “I was pissed that one wrong button could condemn me to infinite punishment, but then I thought about all the drugs I did at Slope Day ‘64, and this is probably fair. Plus I got a weeklong CHEM 2090 final coming up, so I have more important things to worry about.”

At press time the Heavenly Father released a second announcement assuring His flock that the developers of Duo Mobile were still going straight to hell.