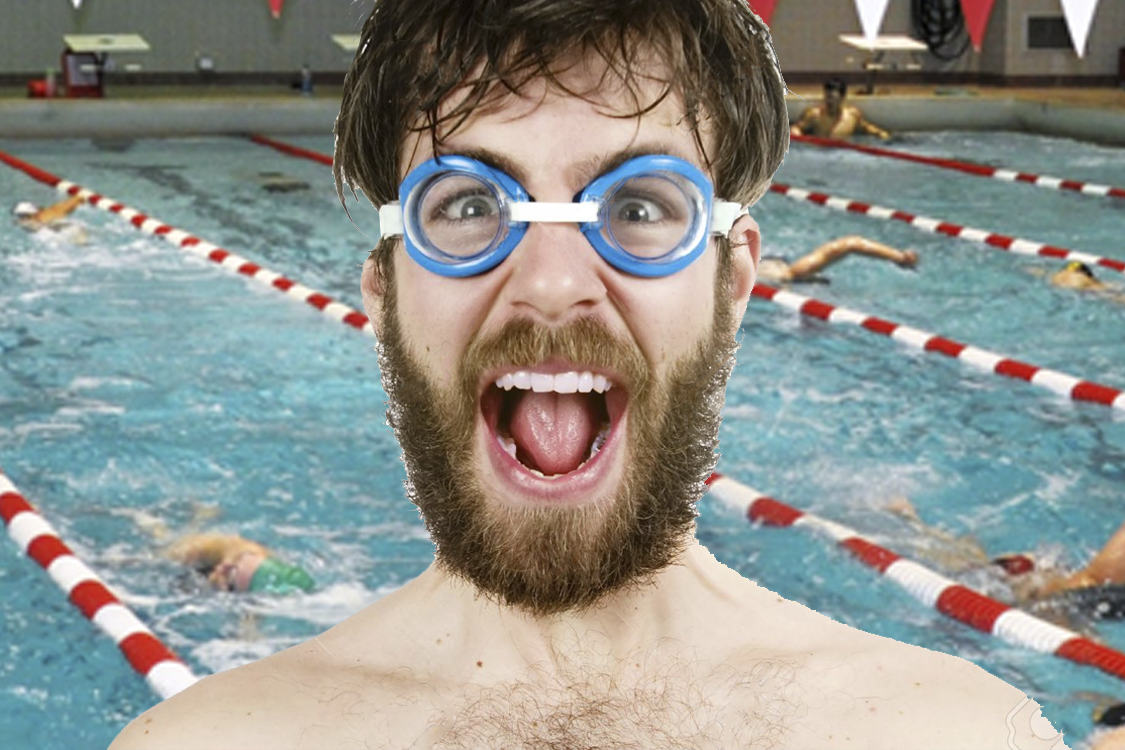 HELEN NEWMAN HALL—Swim staff were left stunned Thursday after junior Steven Dodson completed five consecutive swim tests in a feat never before achieved nor attempted. Dubbing himself with the aquatic alias of Chlorine Steve, Dodson declared himself the victor of each test after being the first one to exit the pool due to his “superior technique” and general degree of care concerning an otherwise non-competitive activity.

“For too long we as a community have been forced to occupy an altered and heavily detrimented Cornell campus, one without a swim test,” said Dodson. “No longer will we be denied access to this cornerstone of our university!”

Dodson began his first swim test in the standard manner, finishing the three lengths at a moderate and unimpressive pace. However, upon noticing that the other participants had all completed their tests after him, he began to shadowbox the surrounding air and kick his fellow swimmers back into the pool. Dodson is reported to have begun shouting at the other participants and members of pool staff, stating “I AM CHLORINE STEVE! Ruler of the Pool! Master of the Tides! Tremble before my impeccable performance!” Chlorine Steve then ran giddily out of the pool exit before returning to take the test again, repeating this process four additional times with the voracity of a twelve-year-old who has just been told that they can ride all the Six Flags roller coasters by themself.

Following his fifth test, Chlorine Steve proceeded outside of Helen Newman in order to preach the virtues of the swim test to nearby freshmen. “Behold your champion! I bring news of a trial most harrowing, for only the true of heart may triumph.” Upon seeing the few students within earshot turn and leave, Chlorine Steve sprinted back into the building, uttering only “I must return to my domain.”

Chlorine Steve was barred from making a sixth try at the test after swim staff caught him in the locker room attempting to convince a freshman to give him some of “your perfectly oxygenated blood.”