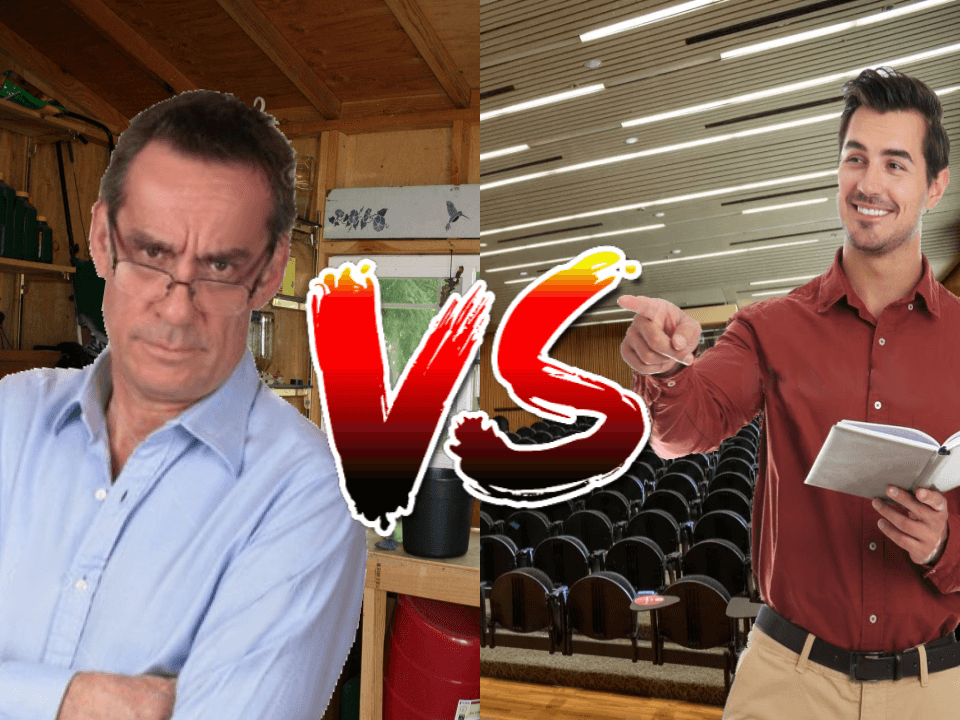 GOLDWIN SMITH—During a spontaneous father-son tour of campus, one student found himself in the center of a parental rivalry between the man who begrudgingly raised him and the academic father figure who occasionally winks at him in the hallway.

“I was just showing my father around the Temple of Zeus, and it was going pretty well,” explained Jared Allston ‘23. “He was complaining about how I couldn’t have gotten into a school with less vertical walking paths and explaining how I would be so much better off if my work ethic were as strong as my stepbrother’s—about as good as I could’ve asked for, really.

“But all of a sudden, this professor from the English Department who forces me to call them by their first name and tries to hold office hours at restaurants steps through the door,” Allston continued. “I could sense things getting tense. Clearly, both of these men are going to want to validate themselves by monopolizing my attention this weekend, but I can’t do that for both of them. Should I spend my weekend with the man who gave me all of my top five insecurities or focus on the professor with a clear misunderstanding of power dynamics in academia and appropriate workplace behavior?”

The men introduced themselves with a curt handshake and measured introductions before embarking on a tour of the English Department. Over the course of the tour, the postdoc reportedly lavished a suspicious amount of praise all over young Jared, while the senior Allston made sure to subtly deny any praise that might go to Jared’s head by tagging any encouragement with a traumatic mistake. After a lengthy discussion over whether English is “a real major,”  Mr. Allston began to gain some real respect for his new companion.

“At first, I was worried that this professor was making Jared soft by being so friendly,” claimed James Allston ‘88. “After all, I never hugged him once as a child, and now he’s in the Ivy League. But then I realized how uncomfortable that made my son and how thoroughly it hurt his relationships with his classmates, and I came to the conclusion that this actually might toughen him up and keep him on track to finish his double major. Maybe this guy isn’t so bad after all.”

While the two men bonded over stories about how Cornell was “so much better before all this grade inflation and cancel culture stuff,” the younger Allston managed to sneak away and find some middle-aged people secure enough to not pay any attention to him.