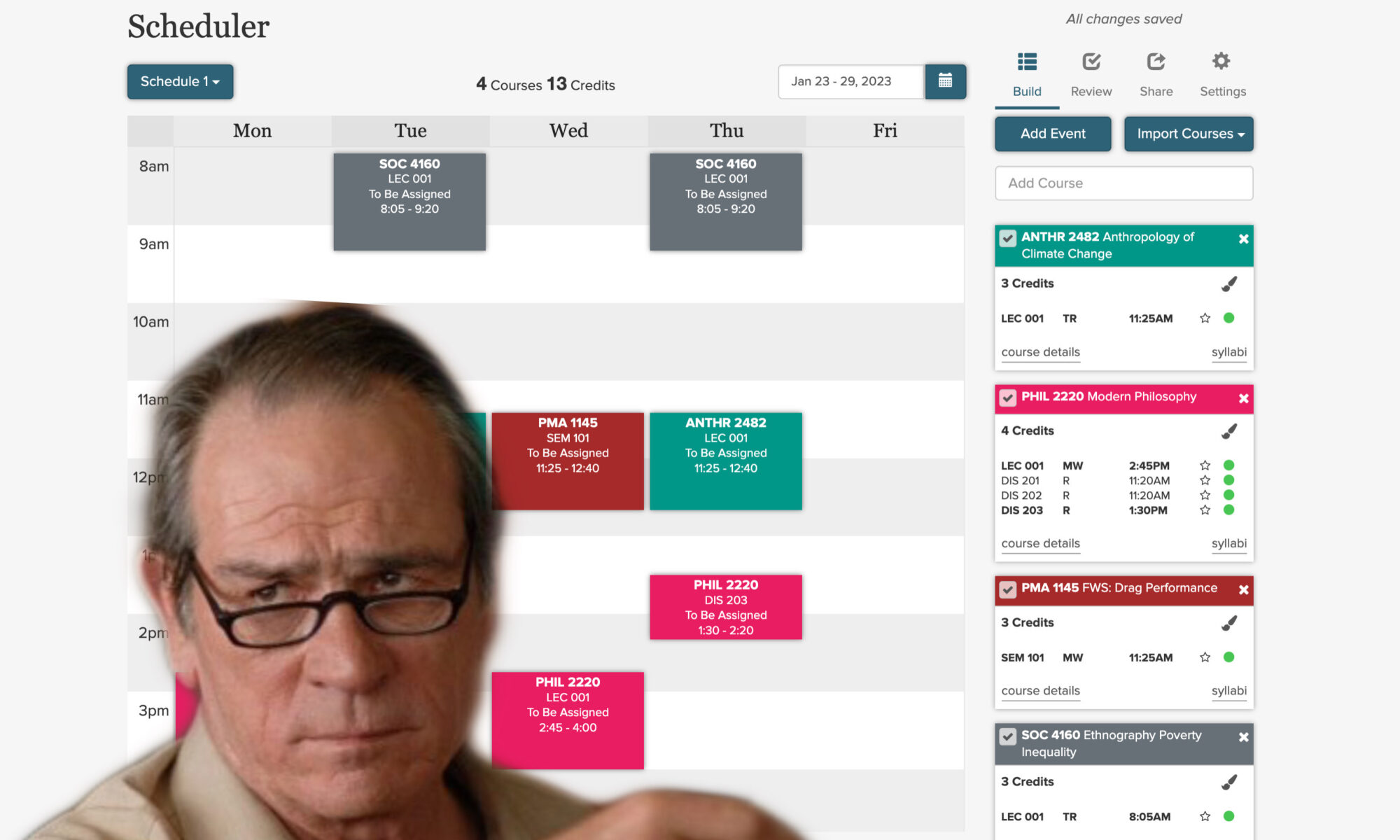 HANS BETHE HOUSE– Every semester, students use the course oster site to help them select and map out their classes in preparation for pre-enrollment. This semester, however, many students were taken aback by the introduction of a new, true-to-life, artificial intelligence father figure who loudly groaned, sighed, and grumbled every time they attempted to add a Sociology course to their schedule.

“I wanted to add SOC4150: The Ethnography of Poverty and Inequality because it sounded interesting, and I was curious to learn more,” explained Isabel Chen, CALS ‘25. But when she tried to add it, she was caught off guard by a deep, soul-crushing exhalation of breath rattling through her AirPods, followed by a pop-up on her screen reading, “Dad suggests: CS4414: Systems Programming instead.” Chen described the headache-inducing process that followed, as she verbally explained to the computer five separate times that she actually did not have a single one of the required prerequisites for that course. Still not convinced, the AI went on to suggest she “just go drop by the professor’s office and see if he’ll make an exception.”

Chen is not alone in her frustration with the new feature. Several students have complained that no matter how thorough their explanations, AI Dad never quite seemed to understand why they were not enrolled in the College of Engineering. “After about 45 minutes of back and forth, the sighs finally stopped, and it started quietly grumbling about medical school application deadlines instead,” reported Mark Dolan, A&S ‘23, who had never expressed interest in attending medical school even once in his life.

The developers of the program acknowledged that it is near-impossible for students to “win” with AI Dad, as he is specifically programmed never to admit he is wrong. “The goal was to make the program as realistic as possible,” explained a course roster representative. “We hope it will better prepare students for this crucial aspect of the course selection process, as they defend their choices to ‘Real-Life Dad’.”

Canvas is considering furthering the program with its own feature that shouts, “HA! I’m paying tuition for this?!” every time a student opens up a reading about gender studies.