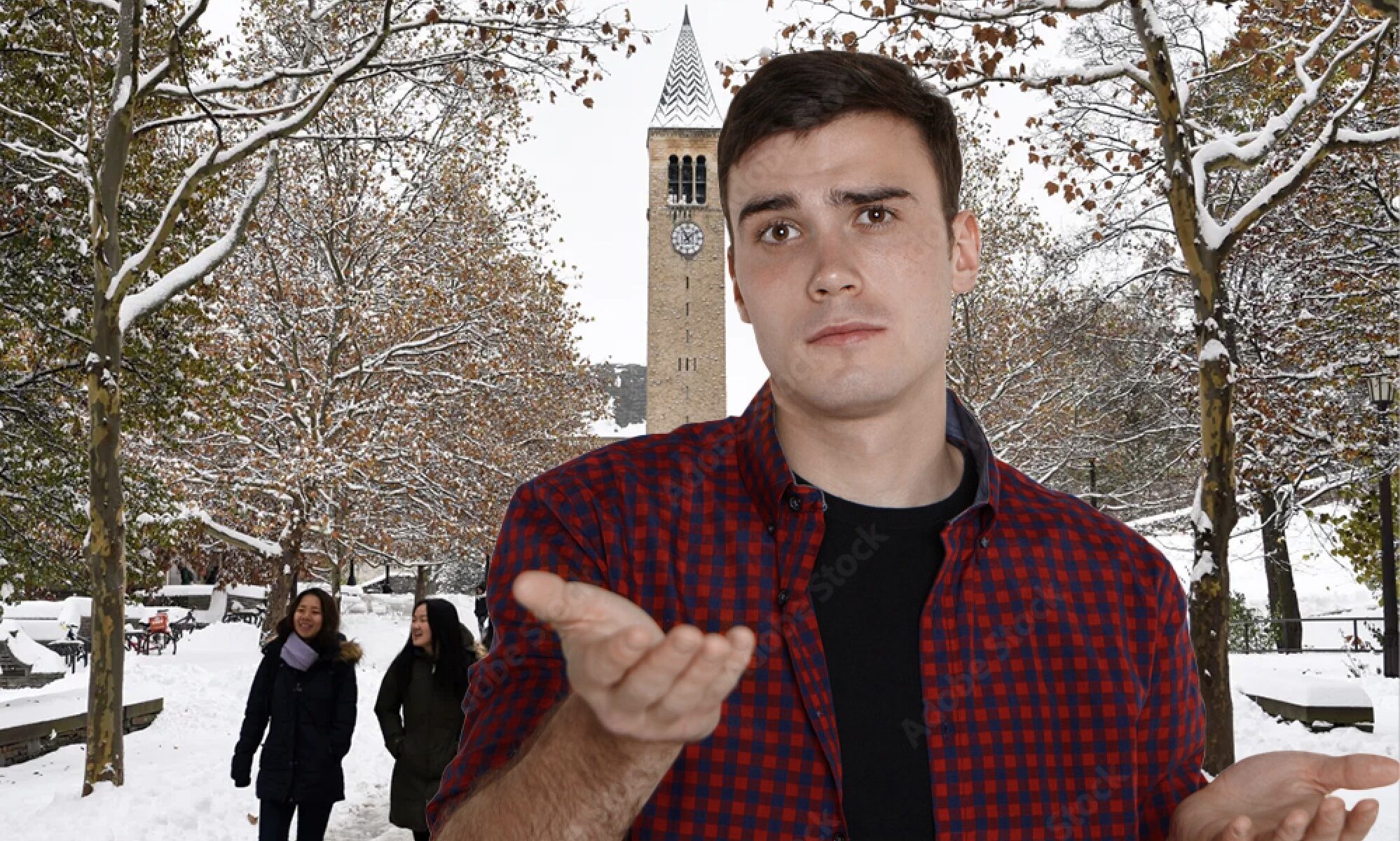 NORTH CAMPUS–A Friendsgiving dinner turned sour when Jason Pecker ‘26 launched an unprompted rant about the snow engulfing campus. What initially seemed like mere apprehension for the worsening weather turned out to be far more confusing as the rant quickly took an awkward twist.

“Who cares how deep the snow is? Everything that you could possibly want from snow, you can do it with just this much. Want to have a snowball fight? Want to build a snowman? As long as the snow’s got some good girth, you can do any of this perfectly fine,” argued Pecker, with passion you would expect more from a pastor delivering a sermon than a protest against some harmless snow. “Any deeper and it’ll just start to get painful,” he continued, leaving friends confused if he was still talking about snow.

Pecker’s friends weren’t sure what to make of this outburst. One of them hazarded a guess on what could’ve caused this reaction from Pecker. “Maybe he really doesn’t like the winter?” he speculated. “But I remember him having a similar breakdown when he was talking about his iPhone Mini – no one mentioned anything about phone sizes, but he spent an hour talking about how the Mini was objectively better than other variants because it’s much easier to carry around and fits better in everyone’s hands.”

Almost ready to storm out of the room in a fit of anger and frustration, Pecker calmed down when all his friends came together to assure him that 3 inches were indeed more than enough to have a good time.