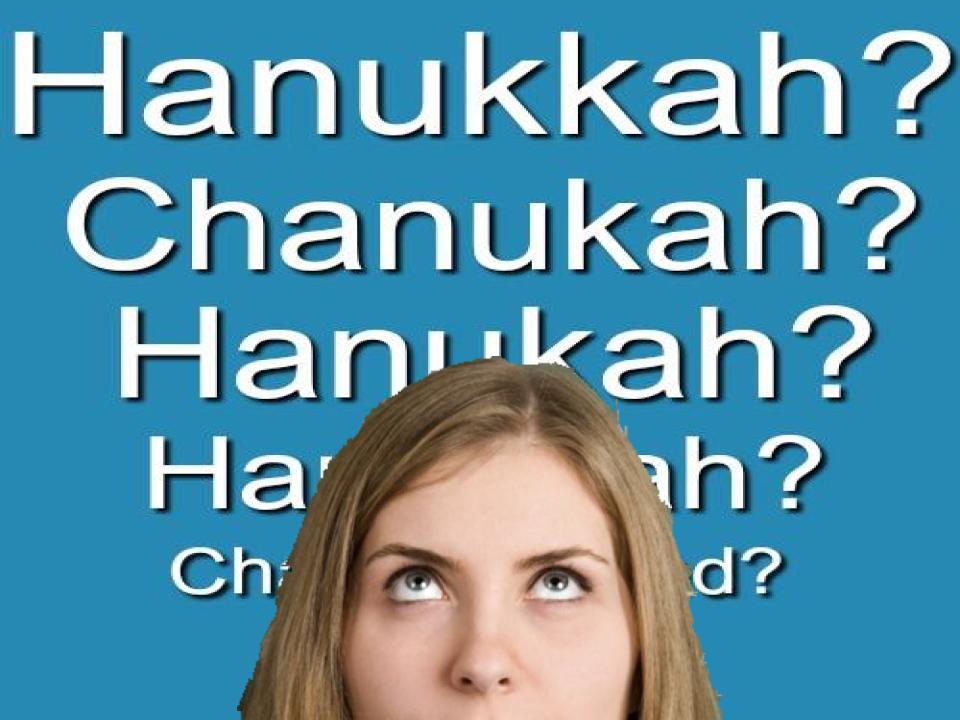 HIGH RISE 5-     During a holiday card writing party, Freshman Charity Parker engaged in what Jewish friends are calling the greatest display of ignorance since some idiot thought that a clearly 8-night bottle of oil would only last for one night. Sources say that as Charity jotted down heartfelt well-wishes to her religiously diverse set of friends, she casually asked roommate, Rachel Diamondberg.

“I’m trying to write your holiday card and there are like 5 different spellings listed on google. How do you spell Chanukkah again”

The group reportedly looked up in shock.

The question hung in the air for some time as Jewish friends took turns exclaiming their shock and dismay at their woefully misinformed friend. After fifteen minutes worth of gripes and complaints, suspicions arose of the knowledge of the Jewish friends.

“I’m starting to think that they don’t even know how to spell Chanukah,” lamenteda frustrated Charity. “They do this thing  all the time where I’ll ask them a question and they’ll berate me for asking it but literally never answer my question.”

Last week, Charity made the mistake of asking her Jewish friends when Xannukah was. Although they berated her for fifteen minutes, Rachel Diamondberg was later caught in the midst of a “when is Hanikaa” google search.