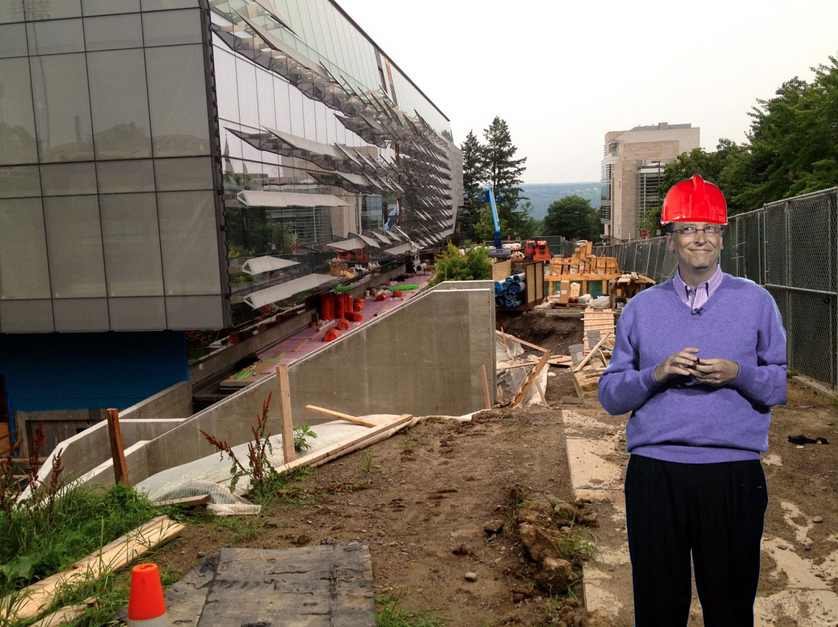 With the month of December fast approaching, construction on Gates Hall, Cornell’s new computer science building, is coming to a close. Bill Gates, after whom the new building is named, has been working hard and tirelessly on the project since its inception early last year, and is glad to see it finally completed after all these months of hard labor on the construction site.

“It’s been a real journey,” said the multibillionaire entrepreneur as he threw down his pickaxe, “I never thought I could finish it this quickly, after only seven months, but my time at Microsoft has taught me the value of expedience and hard work. Of course, all that was about computer coding, but that can be applied to construction as well. It’s not that hard.”

The tech mogul first broke ground next to Hoy Field in March of 2012, and described the first few months of work as his most difficult. He struggled with his own ability to dig a giant trench several stories underground, attributing most of the issues to his own back problems, but once he started using a shovel, everything became much easier.

By the end of summer 2012, Gates had managed to buy all the I-beams, bolts, cement and glass for the structure that he could find at Home Depot, and set to work building the edifice. After he nailed together most of the framework, the philanthropist laid the electrical and groundwork. Now, the building is nearing completion, and subject to Gates’ discretion, should be available for classes for next semester.

“All it needs is some furniture, which I’m gonna go run out to Ikea and buy this afternoon,” said Gates, as he sat down, pulled a bologna sandwich out of his lunchbox and began making cat-calls at the women’s volleyball team.