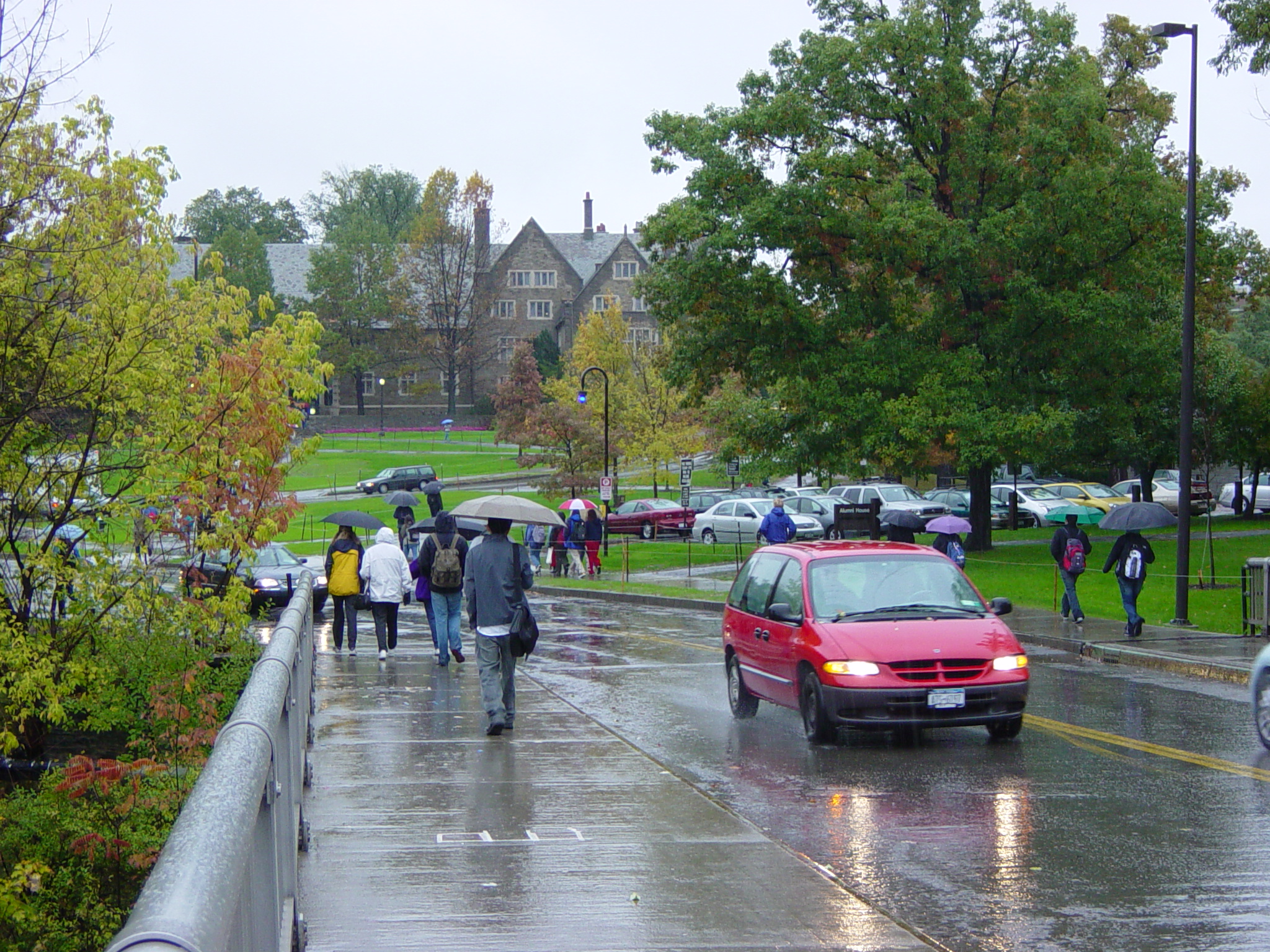 ITHACA- As the semester nears an end, it has become apparent that April showers have brought more May showers to Ithaca. It had originally been predicted that the rain of the past month might have been leading up to May flowers, however it seems as though Ithaca will be experiencing more rain for the rest of May.

“It’s a fascinating phenomenon,” said Cornell meteorology professor Dr. James O’Reilly. “Other areas of the country have already begun seeing May flowers after their April showers, but Ithaca seems doomed to another month or two of constant showers resulting in no flowers.” O’Reilly remained hopeful for “maybe July or August flowers, but we have to remain realistic here.”

Students echoed the concern over the weather. Junior Solomon Smet wondered, “Didn’t the trees have some kind of leaves on them last year by the beginning of May? Or was that just me? Is this what life is like now?” Dr. O’Reilly later went on to say that this sort of weather was somewhat expected, as the month of March “had come in like a lion, and had gone out like a bigger lion.”

At press time, campus had been instilled with false hope as the showers had temporarily stopped.