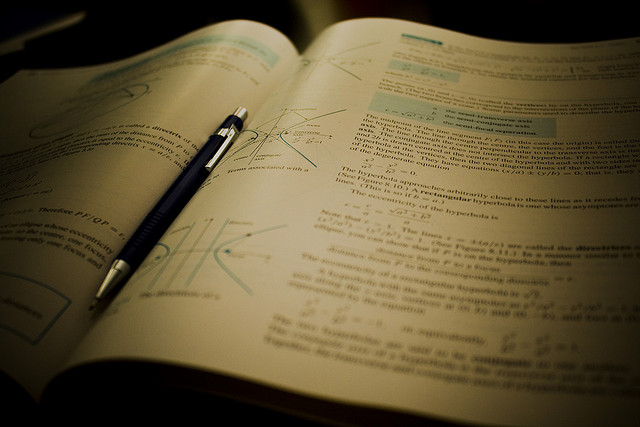 ITHACA, NY — Steven Terry, ‘17 , placed on academic probation this spring, reportedly found a real-life application for Calculus when he realized that he needed to pass the course in order to enjoy all the benefits conferred by a university diploma.

The struggling Freshman was studying in the stacks when he frustratedly asked those around him when he would ever use Calculus in real life. He then realized that in order to enjoy the advantages of a college degree, such as an estimated $1 million increase in lifetime earnings, he would have to pass his Calc II course first with at least a C+ in order to raise his GPA to a non-probationary level. “What have I been thinking?” the Freshman asked himself.

“It all makes sense now. I need to pass Calc first, then I can start honing the specific skills of my chosen career,” Terry exclaimed softly. The realization floored the young student, as he went on to resignedly whisper, “I’ve been a fool. A proud fool.”

As of press time, Terry was inadvertently studying as he did a series of complex mathematical exercises in order to calculate the minimum number of points he needed to retain his status as a Cornell student.