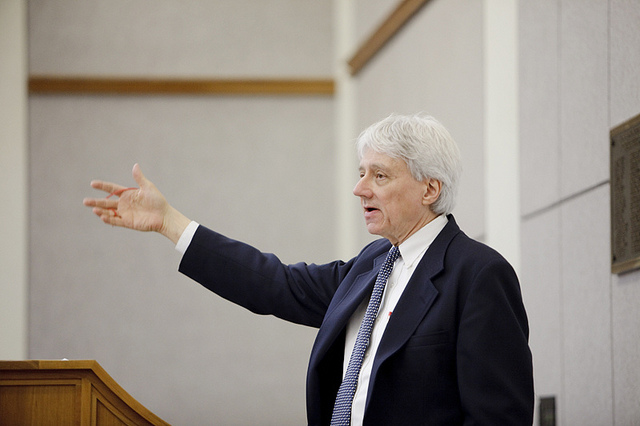 McGRAW HALL- Sources state that, while lecturing in his Intro to American History class, hilarious professor Curt Thomas showed off his brilliant sense of humor by saying the ‘F’-word on multiple occasions.

“The first time he said [The ‘F’-word], I thought I misheard him,” said a baffled Rebecca Andrews ‘15. “I looked around at all my friends, and we were like “Did he really just say [The ‘F’-Word]?” But then he said it again, and the entire lecture hall burst out laughing. It really offended my modest sensibilities.”

Thomas reportedly said the ‘F’-word a total of four times over the course of the lecture, clearly showing a brazen disregard for social norms. Each time the professor stated the expletive he received a big laugh and eventually a large round of applause from the students.

“Professor Thomas is amazing. Him saying [The ‘F’-word] really made me laugh because normally professors don’t say the [ The ‘F’-word.] I definitely can relate to that,” said Jeff Colburt ’17, a self-described “frequent swearer.”