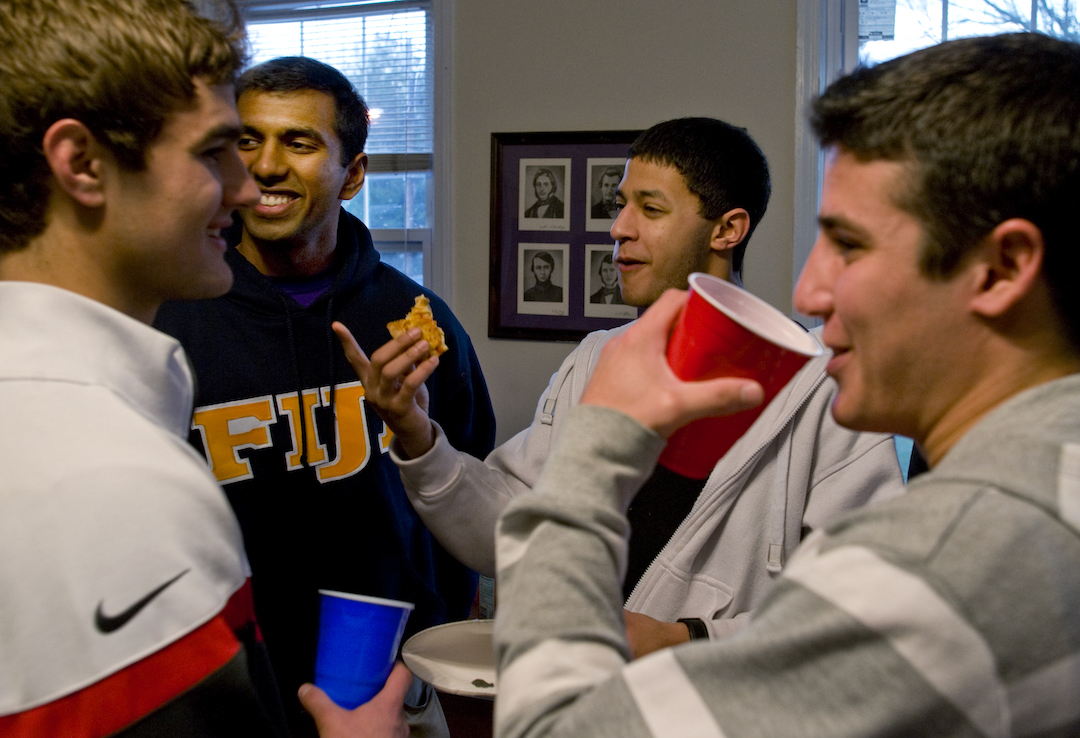 WEST CAMPUS – After two days and dozens of dull conversations with fraternity brothers, Kyle McDonald ‘19 sees his boring hometown on Long Island as a crippling liability that might keep him from getting into his dream frat.

“I just feel like if I had a really cool thing to talk about when I introduce myself, it might be easier to get things rolling, you know?” said McDonald, who feels his suburban life is too ordinary to have a memorable conversation about.

McDonald recalls the utter horror he felt as a brother and another freshman talked about growing up on a farm for a good 15 minutes while he just stood to the side in shock, unable to contribute a single word after saying his name.

“The only thing I was able to talk about all day was the new strip mall that opened up by my high school,” recalled McDonald, who is leaning towards picking a place on the west coast to be his new home, like Seattle or Palo Alto.

After deciding on a new hometown, McDonald plans on fabricating some hobbies and past experiences so he can have more than one subject to talk about.