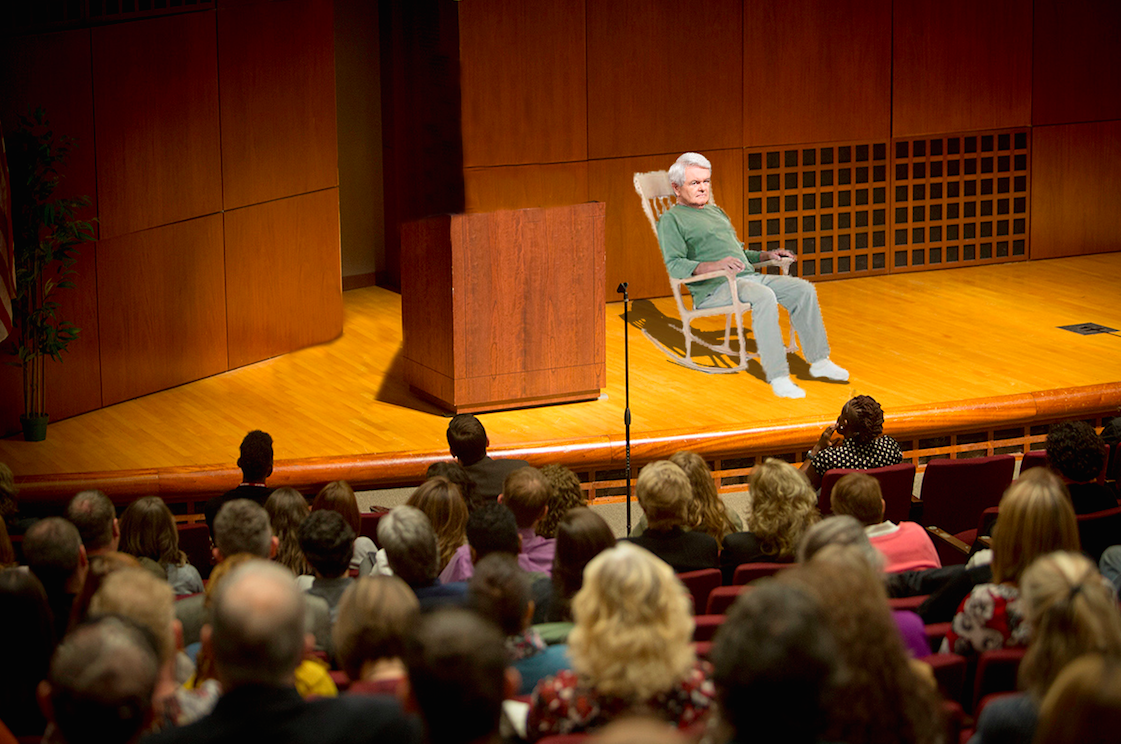 CALL AUDITORIUM – Swaying back and forth while fondly recalling a simpler time before the mainstream media takedown of the conservative party, former Georgia Republican representative Newt Gingrich sat in an old creaky rocking chair for the entirety of his lecture at Cornell.

“Free speech on liberal college campuses is under attack! Why, when I was your age, there weren’t any trigger warnings or political correctness. If you got offended, that was your problem,” said Gingrich as he arched his back, leaned in and pointed a quivering finger at students.

The former Speaker of the house went on to explain his belief that healthcare should be controlled by the free market, at which point he leaned back and ate another melted butterscotch from his pocket.

“Kids, back in my day, poor people worked their fair share and we didn’t need any government subsidies for inner city youth. And I’ll tell you what more, we still don’t need them!” he muttered just before swallowing a handful of vitamins and oxycodone.

The lecture lasted approximately twenty minutes until 6:50 p.m., at which point Gingrich wrapped up his discussion of illegal immigration and was escorted off to get ready for bed.