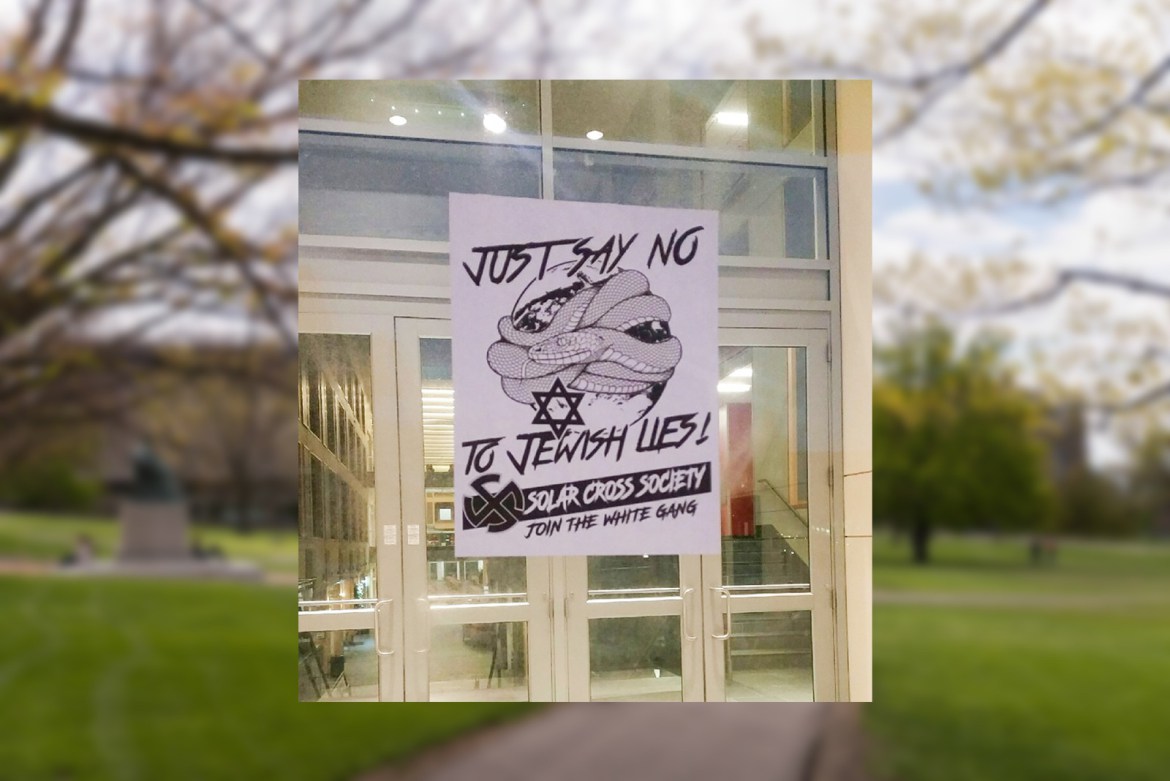 In a student body that’s 59.3% non-white and 21% Jewish, who do these idiotic dumbass half-wits think they can attract? Last time I checked, people who commit hate crimes are walking asswipes.

These bumblefucks seem to have plagiarized their shitpouch slogan “Just Say No,” already used by the War on Drugs and programs preaching abstinence. What a bitch-ass rookie mistake.

Also, how the fuck are people supposed to apply for the White Gang without some son-of-a-bitch’s netID to contact? Good luck with that listserv, you amateur douchecanoes!

So, you little pricks, you’ve got a lot to learn, starting with the fact that no one’s joining your stupid fucking bigot’s club. But hey, here’s something for your trouble: a whole campus of angry motherfuckers ready to cut your uncircumcised dicks.