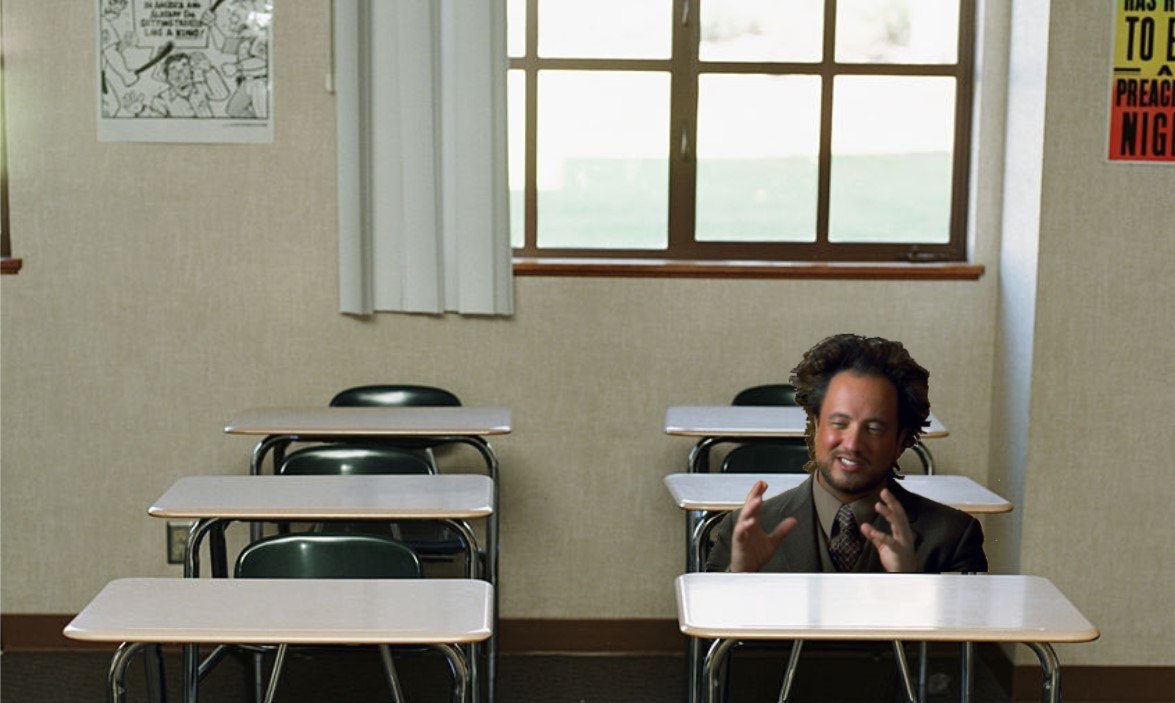 Morrill Hall—During his Introduction to Anthropology discussion section earlier this week, Kevin Quoc ‘22 reportedly veered off-track from the assigned readings and began a line of inquiry closely drawing on an episode of the hit History Channel show, “Ancient Aliens.”

When the TA asked if anyone had questions about the migration patterns discussed in lecture Quoc abruptly raised his hand to contribute.

“I was wondering what you guys think of the influence of the ancient Sumerian Annunaki or ‘sky people’ on the rapid advancement of language and agricultural practices observed in the fertile crescent,” said Quoc. “Does anyone have a good explanation for how the ancient Egyptians were able to construct the pyramids with only the primitive tools available at the time? I don’t buy it.”

Quoc’s classmates were justifiably thrown off by his question, raising such concerns as “maybe the Annunaki weren’t real” and “Aliens didn’t build the pyramids Kevin.” However, he was prepared for these ancient astronaut skeptics.

“You can’t definitively prove that aliens weren’t around back in the 3000’s B.C.E,” argued Quoc. “It’s intellectually dishonest to discuss early human civilization without taking into account the likely influence of ancient astronauts.”

After diverting 15 minutes of valuable class time for his cable television based query, Quoc continued his pursuit of truth for the rest of the day. At press time, he was reportedly sitting with his hand raised in a European History lecture, prepared to launch into a long rant about secret plans detailing Adolf Hitler’s undeveloped alien superweapon.