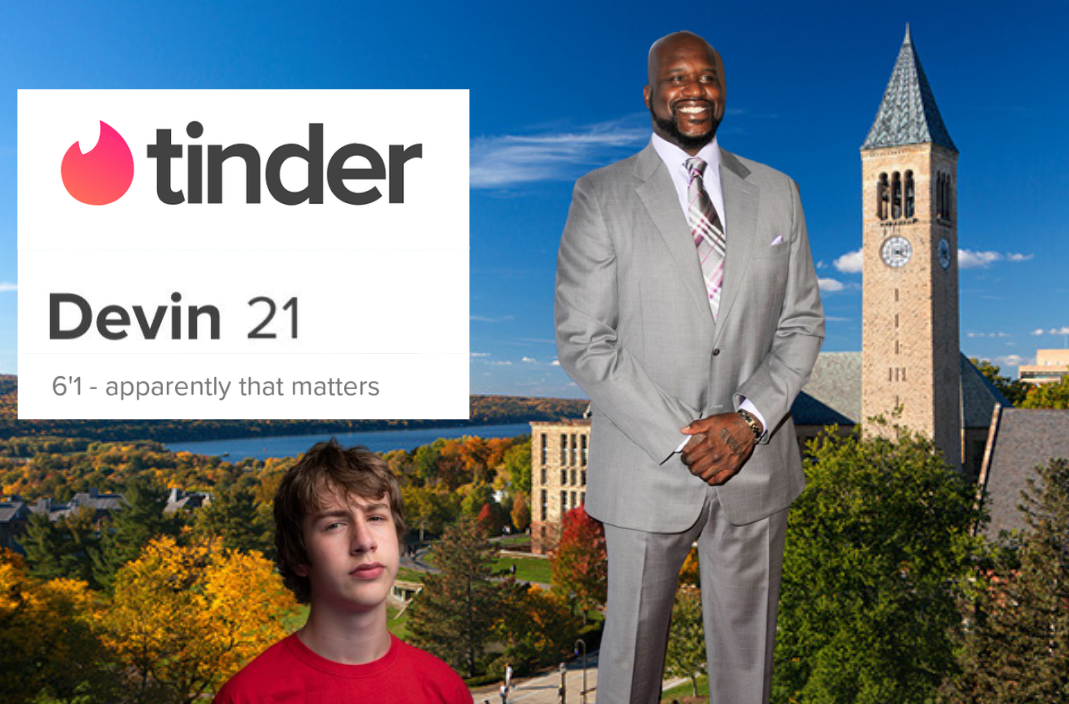 LIBE SLOPE—While most students are eager to see basketball and DJ Shaquille O’Neal perform as part of this year’s virtual Slope Day celebration, one individual is not.

Fraternity brother Devin Jennings ‘22, who has long misreported his height to potential hookups, was reportedly miffed that Cornell had invited the famously tall Shaq to perform at Slope Day. “He’s what, 7’11 or something?” Jennings scoffed, standing on his tippy-toes during an interview. “What’s the big deal? He’s a couple inches taller than me, no biggie.”

Students who had encountered Jennings on Tinder, however, contradicted his reporting of the facts. “His bio said ‘6’ 4”, if it matters,’” said Stephanie Ruffle ‘22. “I thought, ‘Ok, maybe he’s European and doesn’t understand the imperial measurement system’. When I actually met him, I realized he was more than just European: this dude looked like Napoleon.”

“Napoleon wasn’t actually short – that was just British propaganda,” Jennings responded. “And anyways, if people want proof that I’m basically the same height as Shaq, he can meet me on the West Campus basketball court any day, provided I’m wearing the correct type of insoles in my shoes and also given I can use stilts.”

As of press time, Shaq had not responded for comment, but those who had encountered Jennings on Tinder had provided a scientific estimate of Jennings height as “just below short king territory.”