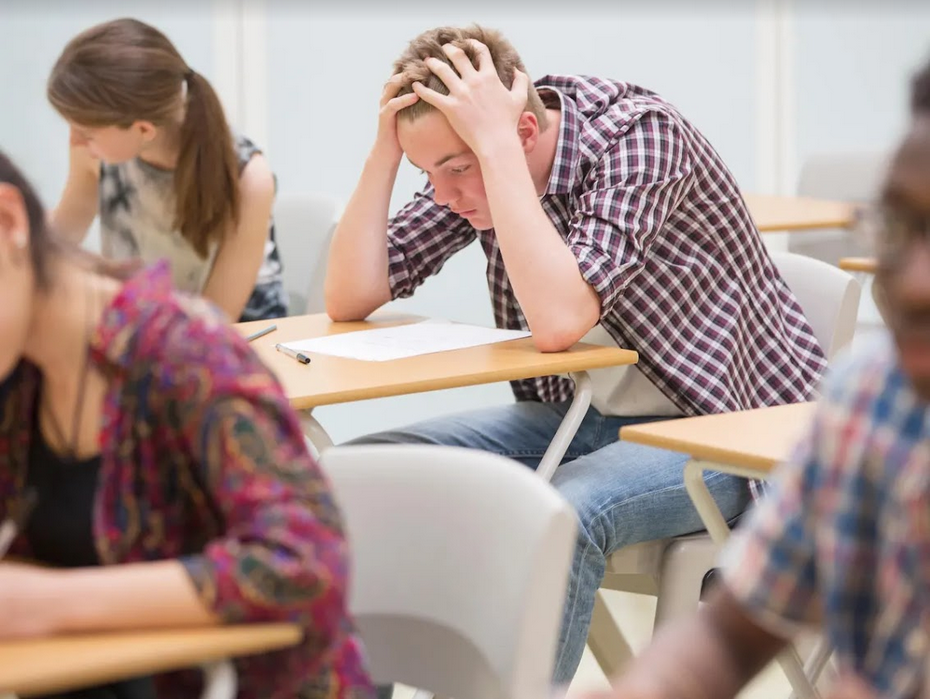 BAILEY HALL—After completing a grueling organic chemistry prelim, students confirmed it wouldn’t have been so bad if some selfish asshole hadn’t been sobbing uncontrollably the whole time.

“I couldn’t believe what a dick the guy sitting in front of me was,” Elena Martinez ‘24 said of the bawler. “How is anyone supposed to focus on the polarity of organic molecules while that douchebag is crying his eyes out? God, some people just have no sense of self-awareness. It’s not your fucking therapy session, dipshit.”

The weeping student, identified by several sources as “that asshat Matthew Belk,” reportedly began sniffling after only a quarter of the allotted time had passed. Apparently overwhelmed by his own incompetence, the sophomore soon broke down into pathetic whimpering that would extend throughout the entire remaining hour of the exam. Even sympathizers suggested Belk behaved like “a spoiled brat with a public humiliation kink.”

“Look, I get where he’s coming from—I was on the verge of tears once or twice myself—but goddamn, I haven’t seen waterworks that impressive since I visited Niagara Falls,” said Rithika Gupta ‘23. “There was so much blubber I thought I must’ve accidentally walked into an oceanography prelim.”

At press time, university officials were developing a series of levees to mitigate the damages when the snivelling little bitch gets his score back.