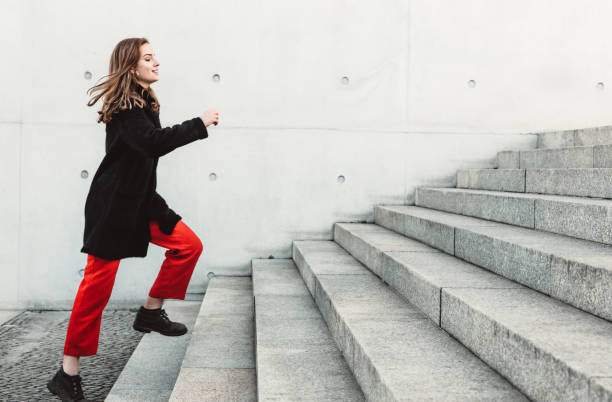 WILLARD STRAIGHT HALL STAIRCASE—In a landmark win for woman across the nation and Cornell University’s campus, Sophie Yaxley ‘24 witnessed the unthinkable as a girl “man-walked” up the stairs two-at-a-time in a “watershed moment” for gender equality.

“I didn’t even know we had the ability to do that,” said Yaxley ‘24, “I was absolutely stunned. But despite my pure shock that such a delicate, fragile, womanly frame could even muster up that kind of strength, I felt immensely proud that I witnessed the first woman to do it. I was reminded of feminst trail blazers like Alice Paul or Judith Butler, and it was breathtaking to watch. You go girl.”

Such forward-thinking, unwomanly acts brought Cornell Republicans up in arms to fight against the degradation of Western society.

“This is an egregious affront to our country’s moral compass,” said Cornell Republicans member Matt Drone ‘23. “Women, walking up the stairs, two-at-a-time? Next thing you’re going to tell me is that they like to jump down the last three steps. We need to go back when America was great, before radical feminism, when girls would blow over at the slightest gust of wind.”

However, the anonymous woman who completed the feat was also met with a bounty of high praise. Feminist, Gender, and Sexuality Studies professor Portia Wells called it “One for the history books,” noting that “These long strides will lead to huge future breakthroughs, where one day women of all walks of life may even be able to slide down the railing all suave-like.”

This triumph for women inspired an increase in men breaking gender barriers as well, tens of men across campus vowing to wash their hands after going to the bathroom.