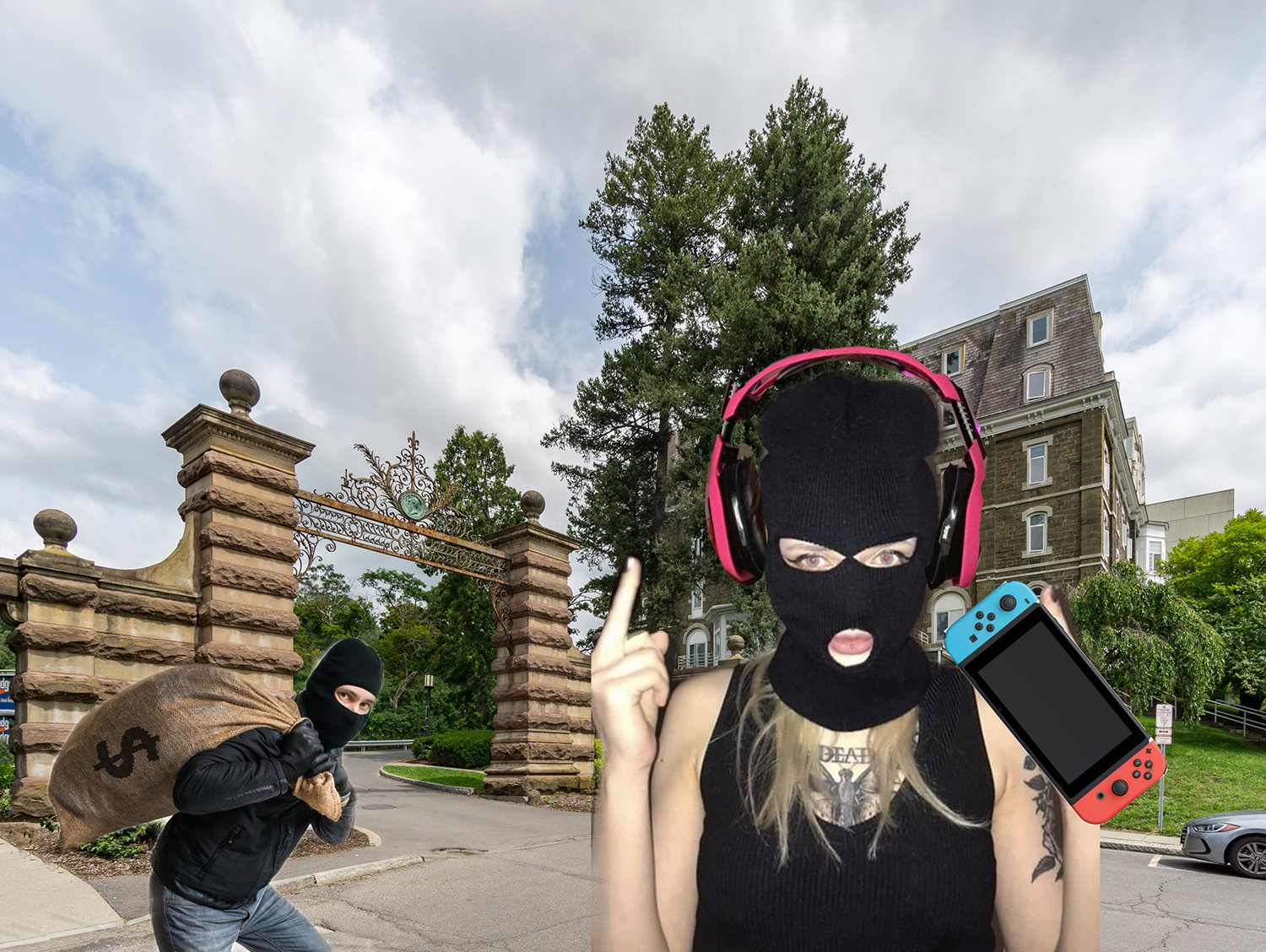 CASCADILLA HALL– Last week, Cornell University Police received word of two reported burglaries from residents of Cornell’s nicest dorm, Cascadilla Hall. Interestingly, both students found that most of their valuables were left untouched, the burglar stealing nothing but a Nintendo Switch console from each room. It’s an intriguing phenomenon since your average burglar would probably go for money, valuable electronics, or expensive clothes. But this burglar, well, she’s just a little bit different.

In an interview, the Cascadilla burglar— who we will refer to as “Martha Pollack” to maintain anonymity— opened up about her lifelong struggle to relate to other members of the shifty community. “I just don’t fit in with the other robbers, thieves, looters, and common scoundrels,” lamented Pollack. “They’re all in it for the money, the glory, the thrill of the steal. I’m really not like that. I’m just in it to bag a few Nintendo switches to bring back to my room that’s covered wall-to-wall in vintage Nirvana posters.”

To prepare for the robberies, our offbeat rascal reportedly threw on her typical burgling uniform: hair in a messy bun, a comfy thrifted hoodie, beat-up high-top black converse, and a wool ski mask to cover all identifiable facial features. Upon completing the burglaries successfully, she allegedly celebrated by cracking open a few cold beers and crushing some League of Legends with her no-drama group of guy friends.

CUPD Chief David Honan reported in a press conference that the CUPD is working hard to crack the case and apprehend this eccentric vagabond. “We are determined to ask the important questions and get to the bottom of this mystery,” noted Honan. “Like, what’s her story? Is she lowkey bad? Does she only play Nintendo, or would she be down to come play FIFA with us sometime?”