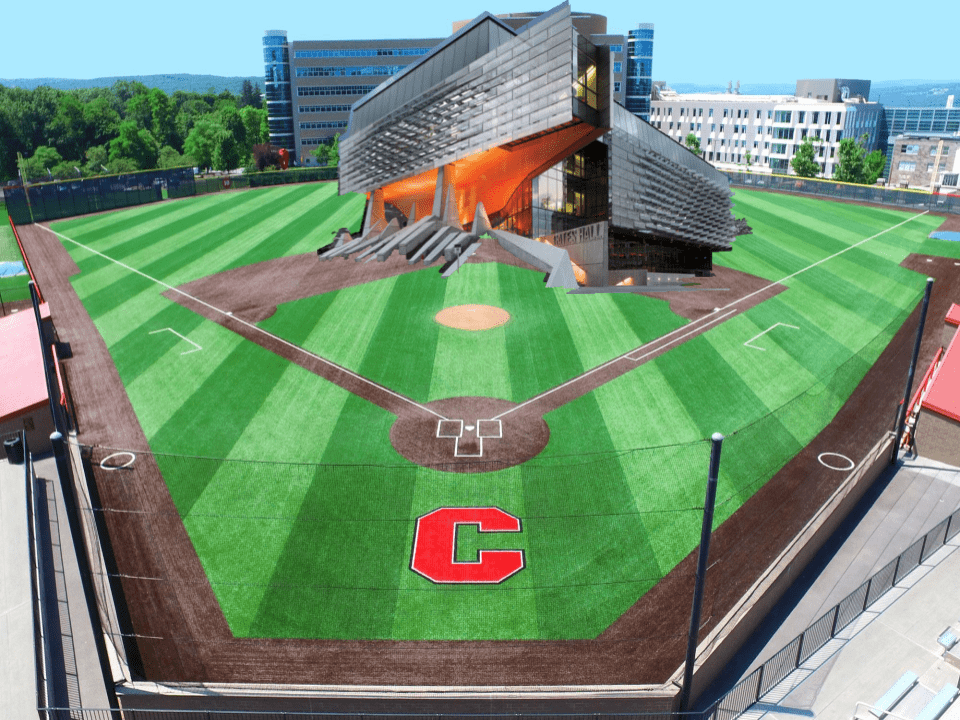 A generous donation from Ann S. Bowers ‘59 has allowed Cornell’s College of Computing and Information Science to embark on an ambitious multi-year project aimed at finally helping its 2,000 students reach second base.

“As CIS grows in scope and scale, we seek to prioritize the needs of students in our strategic development, which is why we’ve decided to pave over Hoy baseball field just so CS majors attending lectures in the new building can say they got to second base,” said Dean Kavita Rai. “We are aware that getting our computer science students past first base is itself a lofty goal, which is why we are unveiling construction in phases and soliciting unprecedented levels of funding for our biggest project yet,” she added.

Kevin Miles-Cabet ‘22 laments that for computing seniors, the initiative is too little too late; “For the past four years, I’ve sat by the Gates Hall windows overlooking Hoy Field and watched caked up baseball players get to first, second, and even third base, all while knowing that as long as I was in Cornell computing, I’d never get that same chance. I’m really glad that CIS is pushing out into this new frontier, so that incoming classes of CIS majors can have the chance to get to second base that I never had” he stated.

“Cornell seeks to be on the cutting edge of its field. We are always looking to be involved in the next big thing, whether that be sentient AI, quantum computing, or getting a CS major to second base” added Professor John Scott.

Previous CIS partners Bill and Melinda Gates declined to be involved in the project. “Bill Gates isn’t made of money, and we have to selectively allocate our resources. Ending world hunger, halting climate change, and eradicating all disease are what we choose to focus on, simply because we believe those to be more realistic goals in this millennium than bringing a CS major anywhere in sight of third base” stated the Gates Foundation when reached for comment.