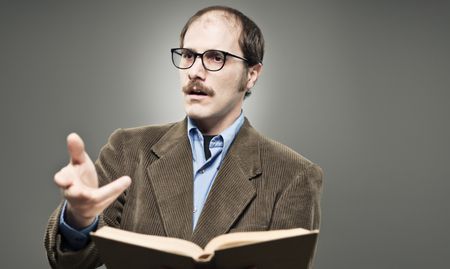 ITHACA –Cornell University history professor Ralph Davis was reportedly bummed to cancel his 9AM lecture this morning on Napoleon’s attempted invasion of Russia. Davis, known on campus for being a young, cool professor, told officials he had written a rap song detailing the event, which took place in 1812 and proved the last defeat for Napoleon’s French army. “It’s really a shame,” said Davis, “It was going to kill.” Davis revealed a few of the lines of the rap via email, including “Napoleon sure was awfully bold/but that was no match for Russia’s cold” and “Russia used a system called ‘Scorched Earth’/made possible by Russia’s size and girth.” The heavy snowstorm caused all eight of the students in Davis’ class to miss this crucial lecture. They received an email from Davis this morning assigning them more homework to make up for the loss. “He probably was going to do another song or game or something,” reported Peter Scott, a student in Davis’ class. “Last week he made us play a game called ‘Where in the World was Alexander the Great (in 315 BC)’”. Sources report that Scott took the time this morning to sleep in.