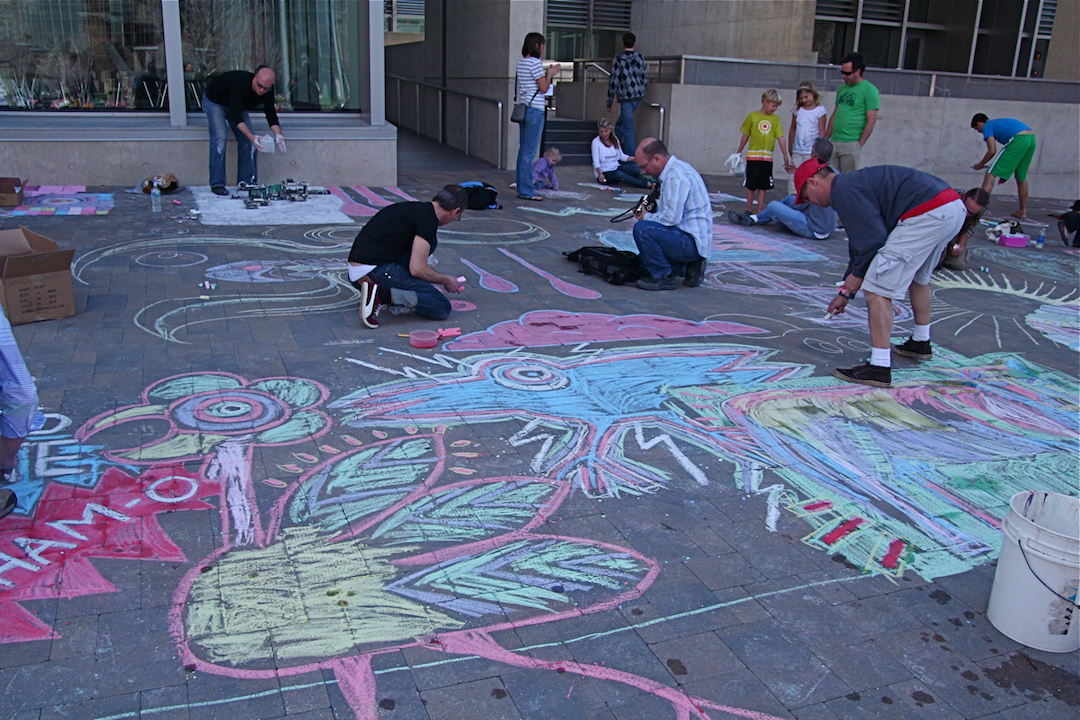 HO PLAZA – A recent survey has found that a staggering majority of Cornell’s Ithaca campus is now composed entirely of sidewalk chalk art.

“The clock tower completely calcified and turned bright blue a few days ago, it really freaked everyone out” said Sybil Sha ‘16, covered head-to-toe in pastel dust.

Researchers at present do not know how or when this large scale colorful change in chemical composition happened, however several reports indicate a correlation between the increasing chalk concentration and average student awareness of club frisbee tryouts.

“I can’t tell which I like more,” commented Junior Idris Niemet, admiring the now ubiquitous campus artwork, “the classical style of Bailey Hall’s ceiling before or after the Sistine Chapel chalk replica appeared there, next to the times and dates of the Bhangra tryouts.”

Cornell scientists and engineers are acting as quickly as they can to prevent all of campus from washing away in the rain.