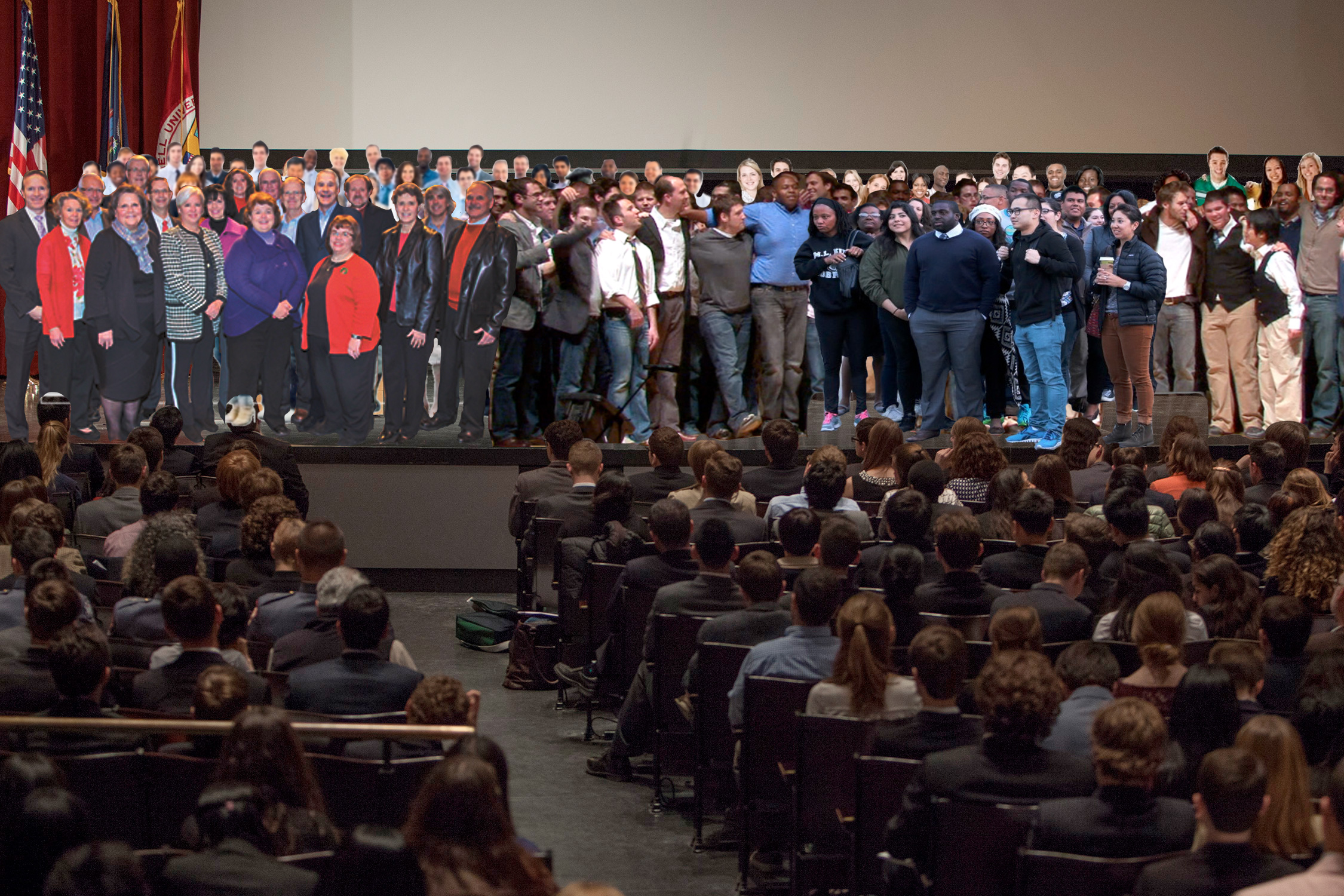 BAILEY HALL – Excitement has been building on the Cornell campus in anticipation of this Friday night, when several hundred lucky students will get the chance to see every photographed Human of New York crowd into Bailey Hall.

“When the Program Board announced that they were bringing over 6,000 people photographed by Brandon Stanton, I was stoked. I can’t wait to hear so many insightful out-of-context tidbits of wisdom from thousands of random, tightly-packed people,” said Taylor Mazur ’17, looking through Facebook photos to try to familiarize herself with each of the Humans and their respective opinions.

“When the picture was taken, this guy commented that he didn’t like his job,” added Mazur, “I can’t wait to hear what other topics he has expertise in.”

After seeing how popular a large-crowd show could be, CUPB has also recently announced they will be bringing the entire population of Broad City to Cornell later this month.