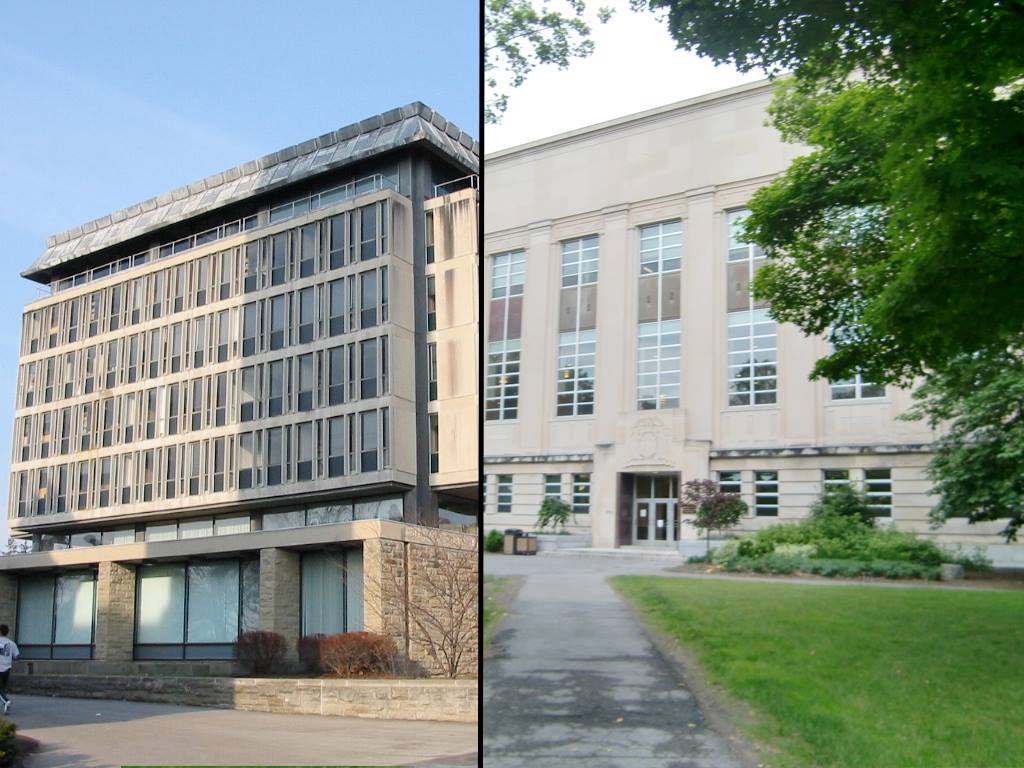 OLIN LIBRARY – Yesterday Mann Library, usually found on the Agricultural Quad, was seen stealing a laptop from Olin Library, further solidifying the ongoing rivalry between two of the largest libraries on campus.

“We received a report at approximately 5:35 p.m. on Tuesday of the entirety of Mann Library fleeing Olin Library with a laptop in hand, immediately followed by Mann Library going into McGraw clock tower as a means of evasion,” explained a Cornell Police report, which later said the rogue out-of-place library was escorted from the relatively undersized and partially demolished clock tower at approximately 5:55 p.m.

“We have since returned the stolen laptop back to Olin, though most of it is currently in shambles, and will reprimand Mann accordingly after reminding the library that it already has plenty of laptops of its own that it frequently loans to students.”

Mann Library was recorded as saying the theft was prompted by Olin “making fun of my distance from most buildings” and saying insults like “nobody but CALS knows about you.”