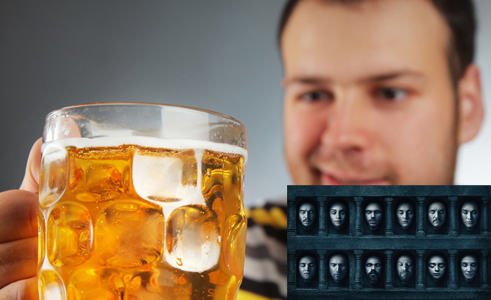 COLLEGETOWN—After last night’s explosive Game of Thrones finale, Stanley Climpton ‘19 has announced that he is ready to fill the gaping void left by Game of Thrones’ departure with heavy binge drinking.

“Game of Thrones has been such a huge part of my life since the beginning of the show,” Climpton stated while silently unscrewing his Game of Thrones branded ale, the first of many in an attempt to fill the 1-hour hole left on his Sunday nights. “Some of my friends have taken to healthier habits, such as knitting ‘Game of Thrones’-themed sweaters or carefully crafting Game of Thrones fan-fiction, but I feel the route I’ve taken is the best one for me.” Climpton then proceeded to drunkenly turn on the TV to “…check if any re-runs are on. Maybe they accidentally aired the next episode.”

When asked if he’s considered filling the void with other, harder vices, Climpton mentioned that both crack cocaine and gambling were not “off the table.”