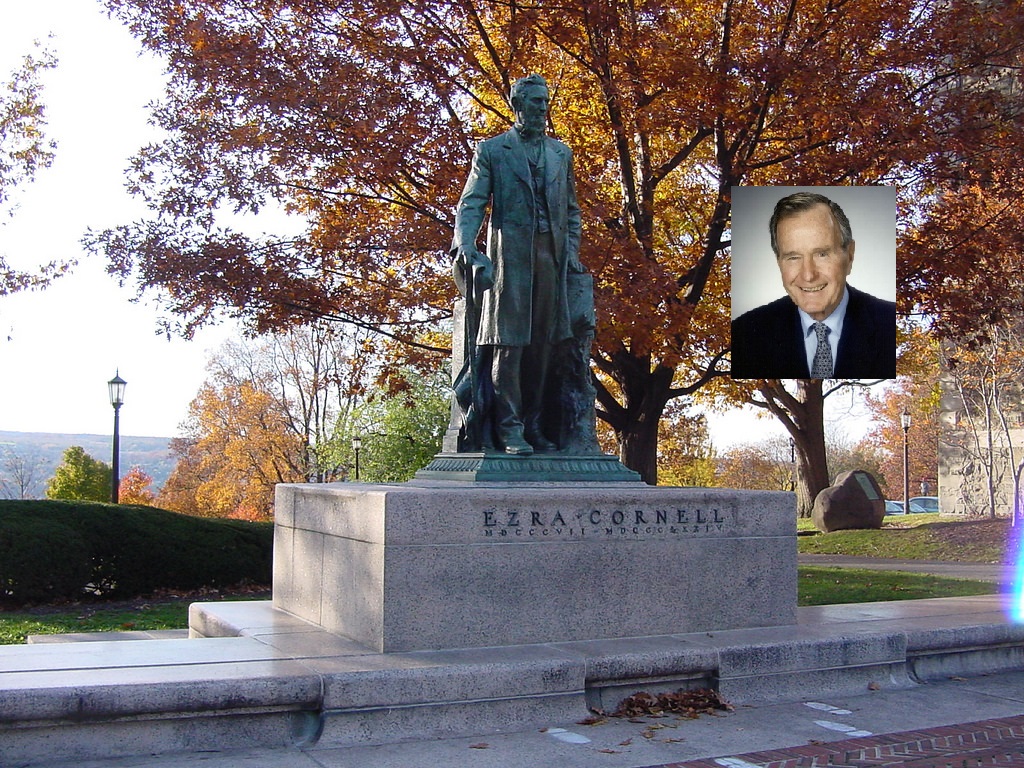 HOUSTON, TX—This past Friday, one of the many relatives of the illustrious Ezra Cornell, George H.W. Bush, passed away at the age of 94.

In a schoolwide email earlier today, President Martha Pollack stated: “With the recent passing of George H.W. Bush, one of our founder’s most politically active cousins, it is an excellent time to reflect on how Ezra Cornell’s legacy continues to grow, and how his family line is fertile and strong. That line continues with the artist George W. Bush, Cornell’s 4th cousin 6 times removed, to whom we of the Cornell community extend our condolences in what must be a trying time.”

At a candlelight vigil on the Arts Quad, students from across the Cornell community gathered to mourn the loss of Ezra’s cousin, festooning Ezra’s statue with flowers and handwritten notes.

The vigil organizer, Caitlin Merrimack ‘20, said, “Ezra Cornell was such a great man, and it’s so sad to see one of his relatives with such a passion for politics pass away. I just, like, really hope this vigil comforts Ezra’s spirit.” Merrimack proceed to lead a tearful rendition of the Alma Mater in memory of Ezra Cornell’s  fourth cousin five times removed, George H.W. Bush.

Also in attendance was failed presidential candidate Jeb! Bush, whose on-campus lecture was cancelled in order to make time for the vigil.