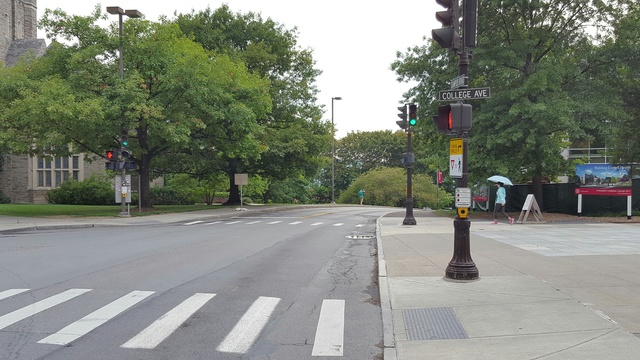 CAMPUS ROAD AND COLLEGE AVE—According to a new study released by the Department of Civil Engineering, walking diagonally across the College Ave.—Campus Rd. intersection has been found to be definitely worth it.

“My entire commute to class has changed after discovering that trick, so it’s been cool to see the university confirm what I’ve known for years.” said Charlotte Kipp ‘20, who celebrated her 300th cut between the crosswalks. “I’ve saved upwards of a few minutes.”

Though the shortcut is definitely worth it just for the reduction in transit time, students for years have been drawn to its expression of independence from clearly marked crosswalks and the rush of individuality from the rest of the Cornell population.

While the study finds that using the path is almost always a good idea, some students have found that it doesn’t always save enough time. “I woke up late last Thursday so I walked diagonally across the intersection, but I was still late to class,” said Orion Manyasli ‘21.

Once the study is published, its authors plan to investigate the classic shortcut of walking in the street to avoid sidewalk crowds.