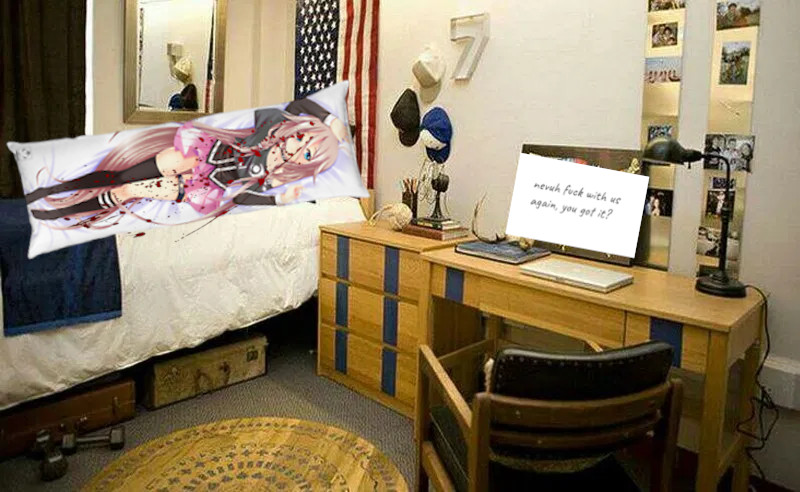 “Past treasurers had warned me about the fearsome SAFC and told me to watch out for any threats they might send my way during budget application season,” claimed Bergenson. “I heard rumors about a past SAFC officer called ‘Green Beans’ requiring ransom payments for kidnapped treasurers and sending severed animal heads to club officers so I’m not too worried about some little note. Though I am a bit concerned about how they were able to enter my apartment and slip the note under my door.”

Upon further inspection of his apartment, Bergenson discovered his favorite anime body pillow ripped to shreds, save the head which appeared to have a bullet hole in the forehead and blood staining the remaining fabric.

When asked for comment about recent threats made against club treasurers, SAFC’s new Director of Public Relations, Giovanni “Cannoli Cream” Trattoria ‘24 responded, “We at the SAFC believe that budget requests should be like a game of craps: fair and square. You play with fair dice? We’ll honor your requests, no problem. You throw us a loaded roll? Be prepared for you and your little club to face the consequences.”