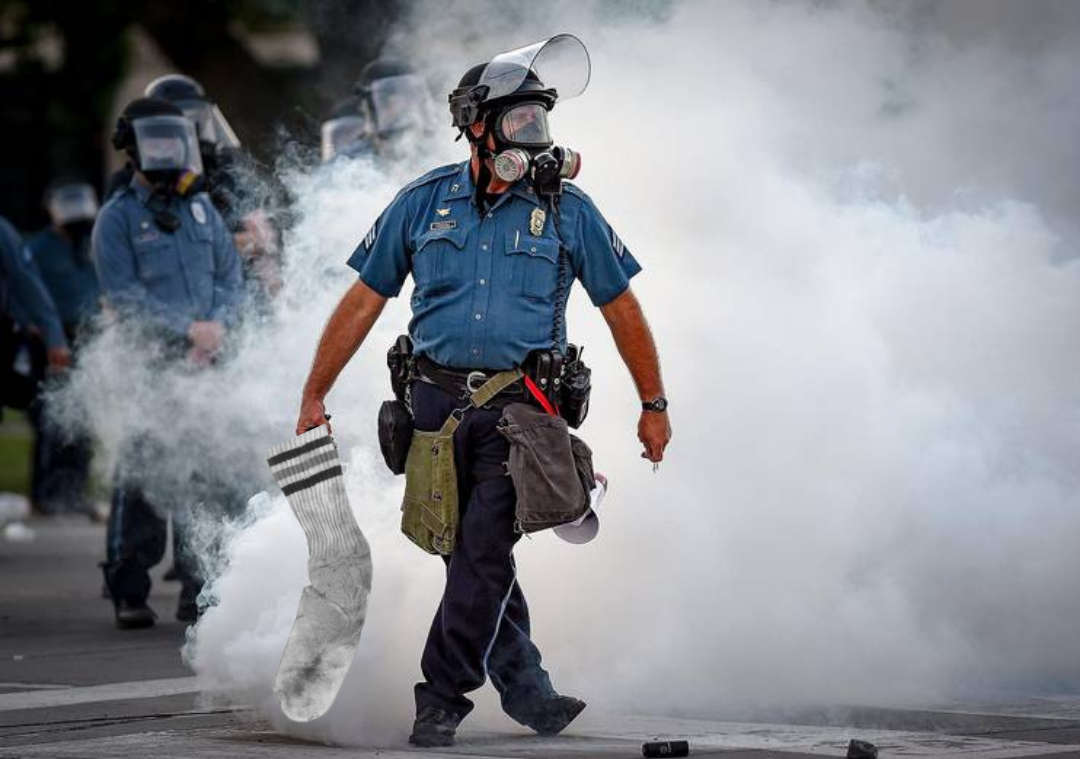 “At first I didn’t know what scents were hitting my bare, uncovered nose,” said Chasten Miles ‘25. “The flavors of dead rat, gamer sweat, rotten food from Nastie’s… it smelled weirdly familiar. It was only when I started seeing upperclassmen faint from the odor, and the freshman protestors sort of just shrug it off, that I realized I was smelling the despair and disgust of a freshman dorm in tear gas form.”

The deployment of Freshman Dorm Smell tear gas is banned under the Geneva Convention, but Cornell’s use of the brutal protest suppressor demonstrated the administration’s desire to prevent the Maskless Monday protests from growing further. Leaders of the Maskless Monday Movement have reportedly already filed a complaint against Cornell at the United Nations for the use of this illegal, deadly chemical.

“Use of this toxin does not come to us lightly,” explained Cornell Riot Police Chief Reston Angler. “We reserve the right to deploy Freshman Dorm Smell only when a peaceful protest descends into an illegal, violent riot. The effects have been proven to work: if rioters don’t faint immediately from the smell, they cry profusely at the deep sorrow contained within it and convulse from the enriched chemical compounds of Gamer Sweat and Halitosis. Unfortunately, it doesn’t have any effect on freshmen themselves, since they’re kinda used to it.”

As the gas was being deployed Monday, protest leaders, many of them frat brothers, reportedly screamed “GAS MASKS ON!” only to yell, “Sike!”, high-fiving and laughing in their commitment to the Anti-Mask cause as they began to lose consciousness and became immobilized from the stench.