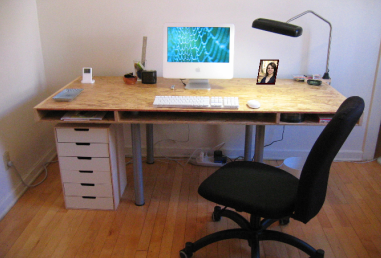 MEWS- To put the finishing touches on his new dorm room, freshman David Cobb was found today placing an adorable picture of his future ex-girlfriend on his desk.

“It’s right on my desk! Now I get to look at your cute face every day when I wake up,” said Cobb while on the phone with the girl with whom, due to the difficult and complicated nature of long-distance relationships, the influx of new people, and the sexually charged atmosphere of college, he will split from in a matter of weeks.

Among the other items decorating the desk included a bracelet made by the girl who once drew hearts all over Cobb’s yearbook, as well as the hand-written note given to Cobb after what was unknowingly their last fight prior to their inevitable breakup.

“Yup, the picture, bracelet, and note are all here! What was that? No, I left the stuffed animal at home… I thought you said it wasn’t a big deal!… Why are you yelling?… Well it definitely sounds like you’re yelling!”

It was later reported that Cobb had been introduced to another girl on his floor, who he will eventually booty-call in an attempt to take advantage of single life while using the rationale that she was “closer.”